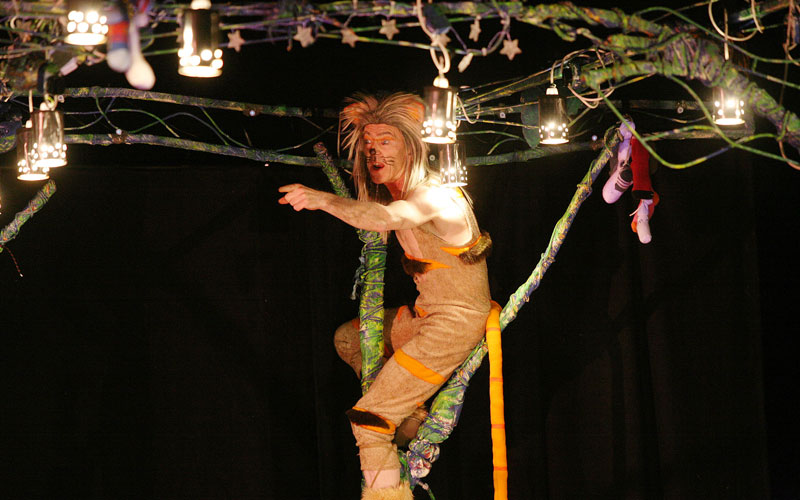 First produced for the Earagail Arts Festival in July 2005, The Witchin’ Well toured nationally in 2006 and was also invited to Romania for an appearance at the Romanian International Theatre Festival for Children where it was performed at the Ion Creanga Theatre in Bucharest in October 2006.

Like all good fairy stories this one is populated by strange creatures, giants, badly behaved children and of course the evil witch. Sean and Anne are the naughty children who find themselves sucked into a strange magical world that exists under their bed. With actors, specially created puppets, magic, music and special effects, The Witchin’ Well is a bewitching story of hidden strength and courage – a treat for all the family, particularly those between the ages of 5-10, or those older children who haven’t lost their sense of magic.

“Its success lies in capturing the imagination of its young audience with a strong storyline, good performances from the Donegal cast of four, and plenty of pace and invention… an hour of absorbing and innovative entertainment.” Irish Times 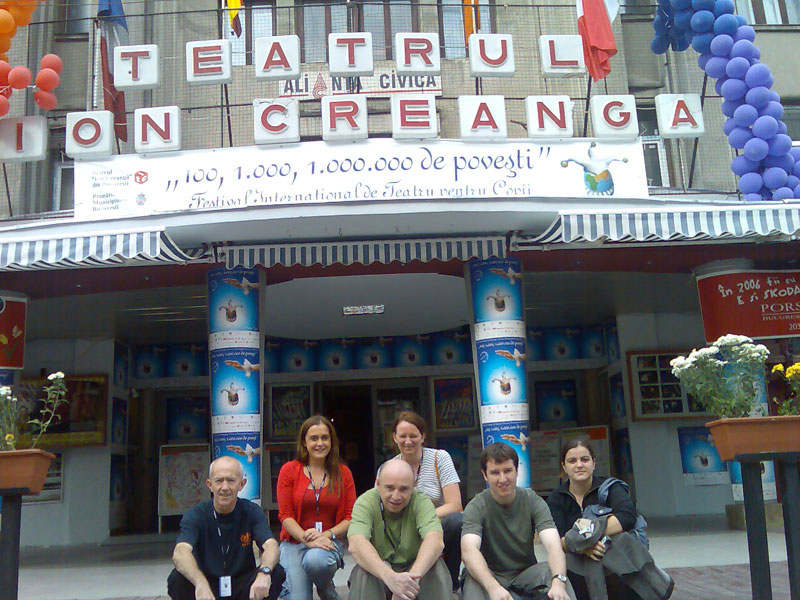 The Witchin Well team at Romanian International Theatre Festival for Children where it was performed at the Ion Creanga Theatre in Bucharest in October 2006.

Storyteller Joe Brennan’s commission from An Grianán theatre for this year’s Earagail Festival proved a big winner for the kids, who hardly budged as a succession of fabled characters took the stage – among them the witch, the giant, leprechauns (except these are rappers), a wise fish and a talking cat. Sean and his sister Anne are deep in the forest when they come on the Witching Well, supposedly under a spell from the wicked witch. They’re having a little row, as siblings do, and Sean unwisely wishes he didn’t have a sister. Of course, he spends the rest of the play trying to get her back.

The engaging drama unfolds on a simple but rather beautiful stage set designed by Guy Barriscale. On one level it has the ingredients of classic morality tales – Sean repenting of words spoken in haste, Skitter the cat seeking redemption for working with evil forces, and Nellie the witch finding out what happens to someone with overreaching ambition.

But its success lies in capturing the imagination of its young audience with a strong storyline, good performances from the Donegal cast of four, and plenty of pace and invention. The leprechauns, little lit-up menacing puppets who venture into the trans-Atlantic rap scene before being mesmerized by Sean’s Irish tune, are just one of the many variations on traditional material.

The Witching Well doesn’t really play it for laughs, although there are a few of those, but Joe Brennan’s long experience of diverting children pays off as he delivers an hour of absorbing and innovative entertainment.