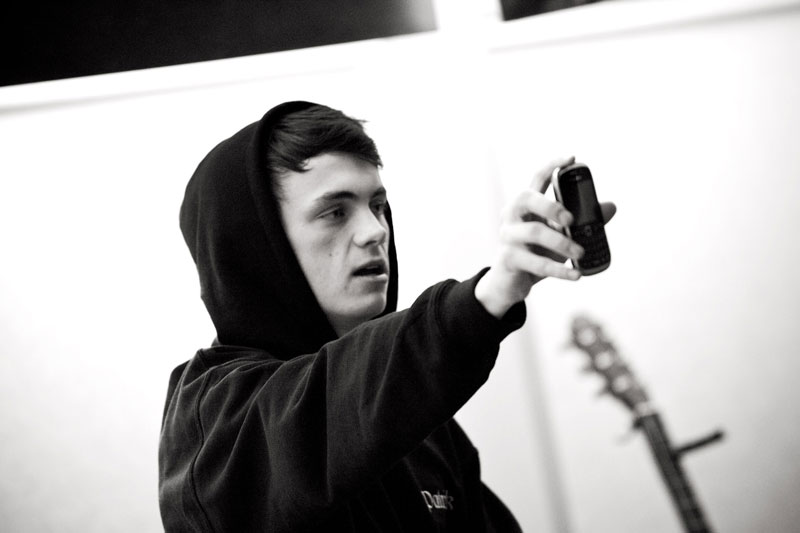 Patrick Quinn performing at the Readers for Peace festival in 2013. Photo by Paul McGuckin.

The Readers for Peace: Open Stage Festival was part of our Custom Crossings series of events in 2012 and 2013.

Friday saw the opening ceremony at 5pm, where festival curator Idan Meir said a few words, storyteller Joseph Brennan told some yarns and the tone was set for the rest of the weekend with some choice excerpts from selected play readings. 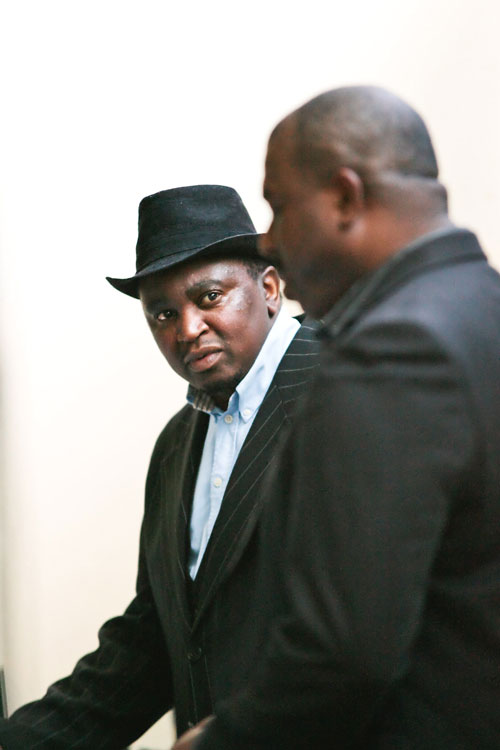 Billy Banda and Theo Guessela performing a rehearsed reading of Sizwe Bansi is Dead at the Readers for Peace Festival, 2013. Photo by Paul McGuckin.

The evening continued at with a reading of Sizwe Bansi is Dead, a play by Athol Fugard, John Kani and Winston Ntshona of South Africa. The story follows migrant worker Sizwe Bansi struggling to survive, against a racist society and with his own identity as he makes a crucial choice about who he really wants to be!
Directed by Idan Meir and read by Billy Banda and Theo Guessela.

The final event of the day was a reading of Tom Paulin’s modern interpretation of Oedipus at Colonus at 8pm. Director Charlie Bonner, along with a full cast and chorus, brought this play reading to life.

Saturday’s schedule began at 1pm with the screening of Incendies (Scorched), a film adapted from the play of the same name by Wajdi Mouawad. This tale of two Canadian twins who must uncover the secrets of their mother’s past on a journey to the middle east will be followed by a post-show discussion hosted by Fadl Mustapha and Idan Meir.

The afternoon continued with the Open Mic at 4pm, an hour in which new plays, performers, poetry and prose were given a chance to be heard in the pleasant surroundings of the lobby of the theatre.

At 5.30pm, Smashing Times presented a monologue, THOU SHALT NOT KILL by Paul Kennedy, after which Cathy White and Idan Meir facilitated a workshop exploring the use of drama for both keeping and building peace.

Saturday’s events concluded with a reading of Again and Against, a play which explores post-9/11 American attitudes to people of middle eastern descent. A politically active Arab-American named Dahlia is interrogated by fellow Arab-American Omar, an FBI agent, and must decide whether to side with her lover or the law.
Directed by Caitriona McLaughlin. 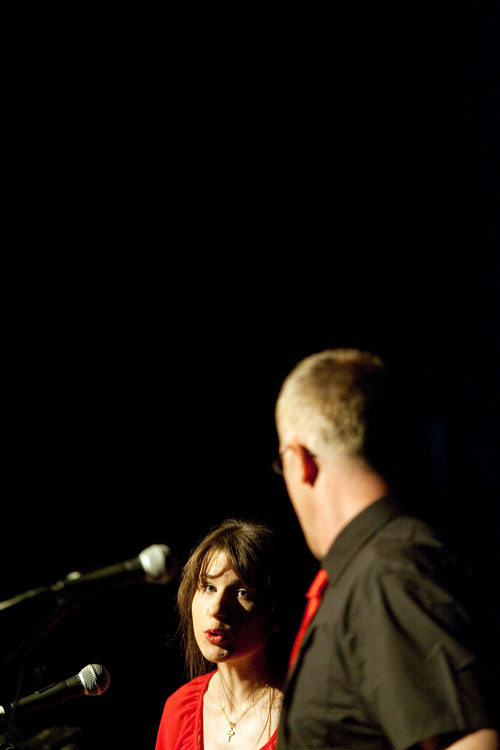 Karen Quinn and Dessie Gallagher performing at the Readers for Peace Festival in 2013. Photo by Paul McGuckin.

Sunday’s events began at 1pm with a reading of A Little World of Our Own, Gary Mitchell’s taut thriller set in the house of a UDA hardman against the backdrop of the ongoing troubles in Northern Ireland.
Directed by Giuliano Campo

The afternoon continued with the Open Mic at 4pm, an hour in which more new plays, performers, poetry and prose were given a chance to be heard in the pleasant surroundings of the lobby of the theatre.

Dave Duggan presented a work in progress, called DENIZEN which was followed with a post show writer’s lab allowing audiences members an incite into the creative process.

The final performance was Hanoch Levin’s You and Me and the Next War, a darkly comical cabaret which satirises the Six-Day War of 1967. Levin, a controversial and significant voice in Israel, was on of the first public voices in Israel to dissent against the senselessness of this conflict.
Directed by Idan Meir.

The festival finished with a Long Table Discussion at 9pm. All were invited to gather and share their experiences of the weekend, be it as a director, actor, audience member or other participant.

This project was part-financed by the European Union’s European Regional Development Fund through the EU Programme for Peace and Reconciliation managed for the Special EU Programmes Body by Donegal County Council.

8pm
Oedipus at Colonus
Tom Paulin (Northern Ireland)
play reading
A modern interpretation of Sophocles’ classic tale of the fall and redemption of Oedipus,the most famous refugee in Ancient Greece.

Saturday 27 April
1pm
Scorched
Wajdi Mouawad (Lebanon – Canada)
Film screening
Canadian twins of Lebanese descent must uncover the secrets of their mother’s past as they travel to the Middle East.

5.30pm
Thou Shalt Not Kill
Paul Kennedy (Dublin – Ireland)
Monologue & workshop
Presented by Smashing Times Theatre Company with Cathy White & Idan Meir
How can we use theatre and drama for peace keeping and peace building?

8pm
Again and Against
Betty Shamieh (USA – Palestine)
play reading
Politically active Arab-American Dahlia is interrogated by fellow Arab-American FBI agent Omar and must choose whether to side with her lover or the law.

Sunday 28 April
1pm
In a Little World of Our Own
Gary Mitchell (North Belfast, Northern Ireland)
play reading
A taut thriller set in the house of a UDA hard man during the troubles in Northern Ireland.

8pm
You, Me and the Next War
Hanoch Levin (Israel – Middle East)
play reading
1968 play by Levin, Israel’s most controversial and significant playwright, and the first public voice against the senselessness of the 1967 war. A darkly humorous cabaret for four actors and piano.

Your ticket for the: Readers for Peace, 2013