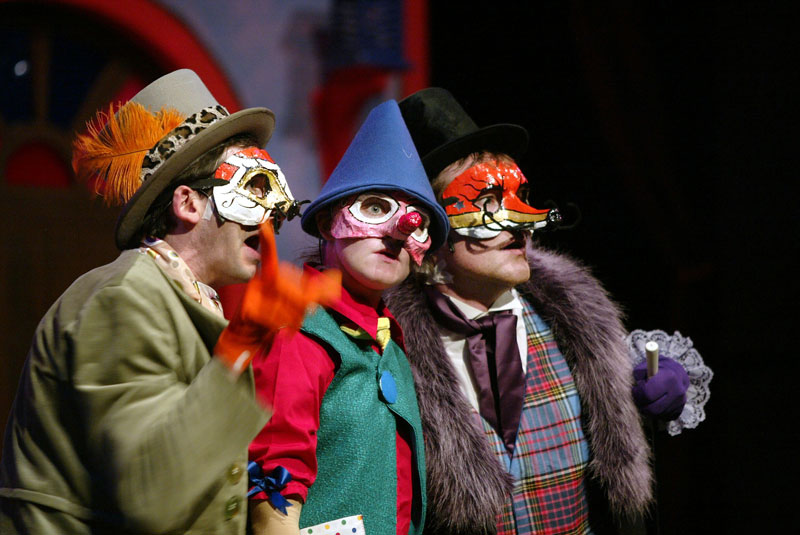 “you should make every effort to get along for a story that all the kids will love…a memorable and expertly directed show for everyone.” Donegal People’s Press, 7 Dec 2004

When puppet-maker Gepetto is given an enchanted block of wood with which to make a new puppet he has no idea of the adventure that is about to begin!

Pinocchio soon becomes the most mischievous puppet in the whole land and is always getting into trouble – running into the wiley cat and fox, getting locked in prison, appearing as the star attraction in a marionette-theatre, being abducted to the mysterious Toyland Island and being swallowed alive by a Giant Shark!

Pinocchio must learn many lessons if he is to find his way home to Geppetto, and with the help of The Blue-Haired Fairy and The Talking Cricket, this is one little wooden puppet who may have all his wishes granted!