Cllr. Gerry McMonagle is the new Chairperson of An Grianán Theatre’s Board of Directors

Cllr. Gerry McMonagle is the new Chairperson of the Board of Directors of An Grianán Theatre taking over from Anne McGowan. 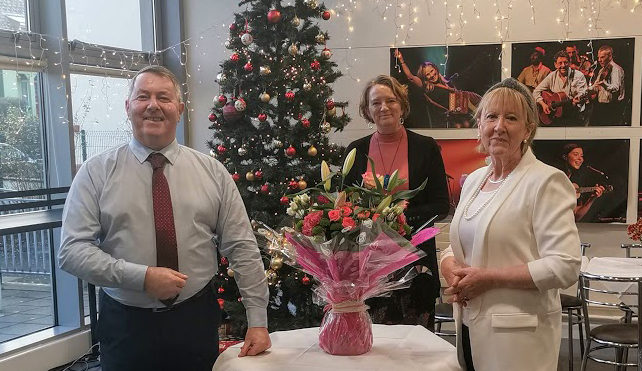 photo shows Cllr Gerry McMonagle presenting Anne McGowan with a bouquet of flowers. Also in picture is the Director of An Grianán Theatre Patricia McBride.

Cllr. McMonagle was elected to Letterkenny Town Council in 2004 and re-elected in 2009, elected Mayor of Letterkenny in 2011, and elected to Donegal County Council in May 2014. Gerry was elected Chairperson of the Committee of the West North West Regional Health Forum in 2014 and is involved in a number of Committees with Donegal County Council and is also a member of the Board of the Aura Leisure Centre in Letterkenny. He is heavily involved in local community work, working as an Outreach and Development Worker with Abhaile Aris since 2002 and has been a Director of Letterkenny CDP since 2004.

Cllr. McMonagle takes over from Anne McGowan who has held the post for the past seven years.

In her term of office as Chairperson of the Board of Directors of an Grianán Theatre, Anne worked to ensure that good governance was embedded in the organisation. In recent months she oversaw the delivery of a Strategic Review of the Theatre which resulted in a new Three-Year Business Plan for an Grianán. 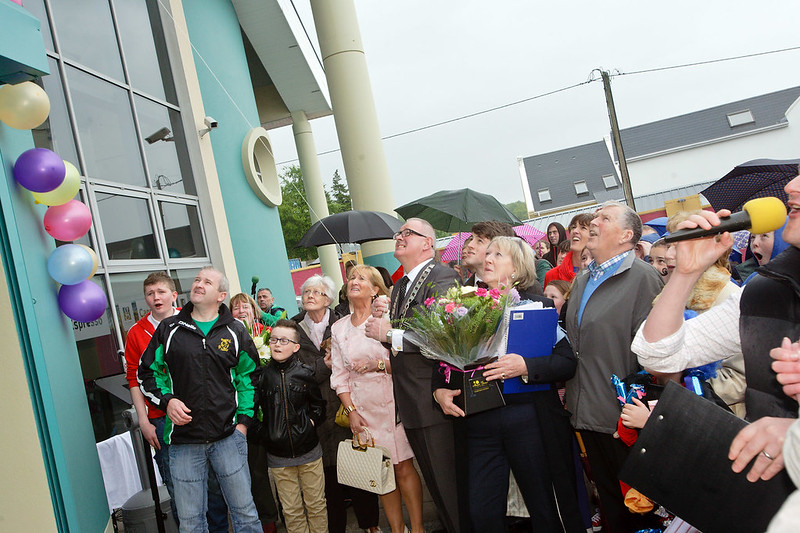 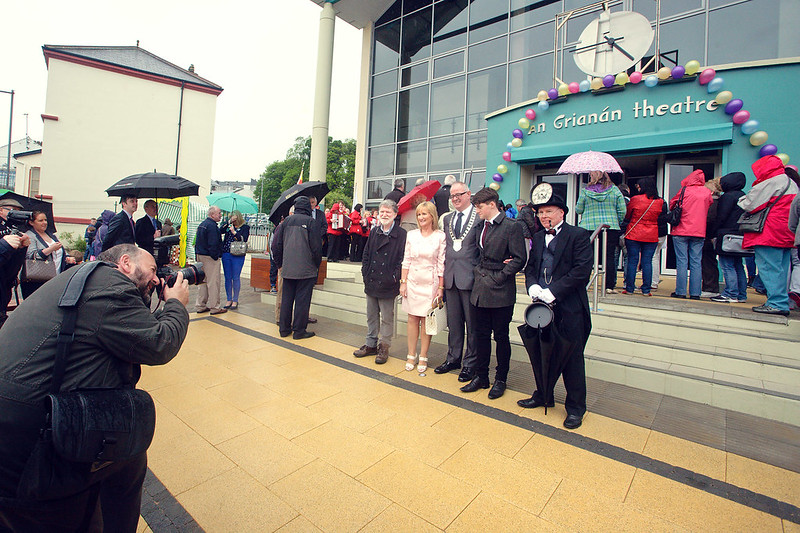 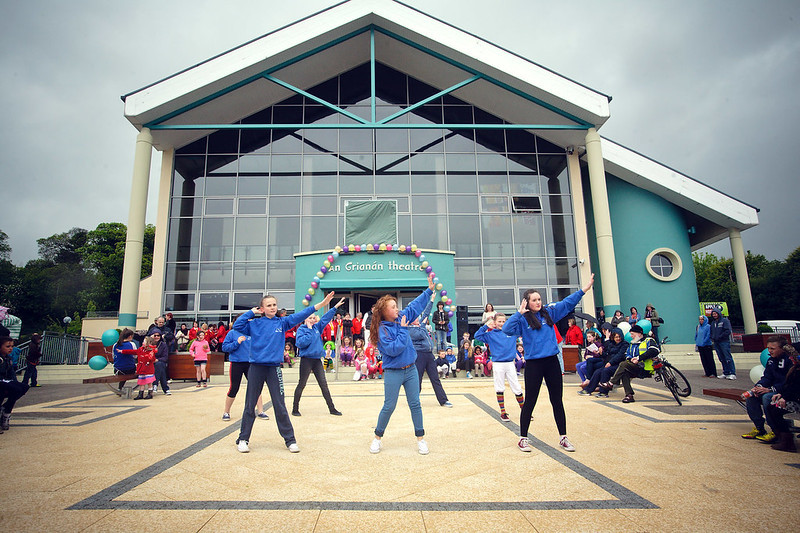 She also welcomed the President of Ireland Michael D Higgins to the theatre in 2015 where he presented the town with its first prize in the Tidy Towns Competition. Anne was also the Chairperson of The Letterkenny Tidy Towns Committee at that time. 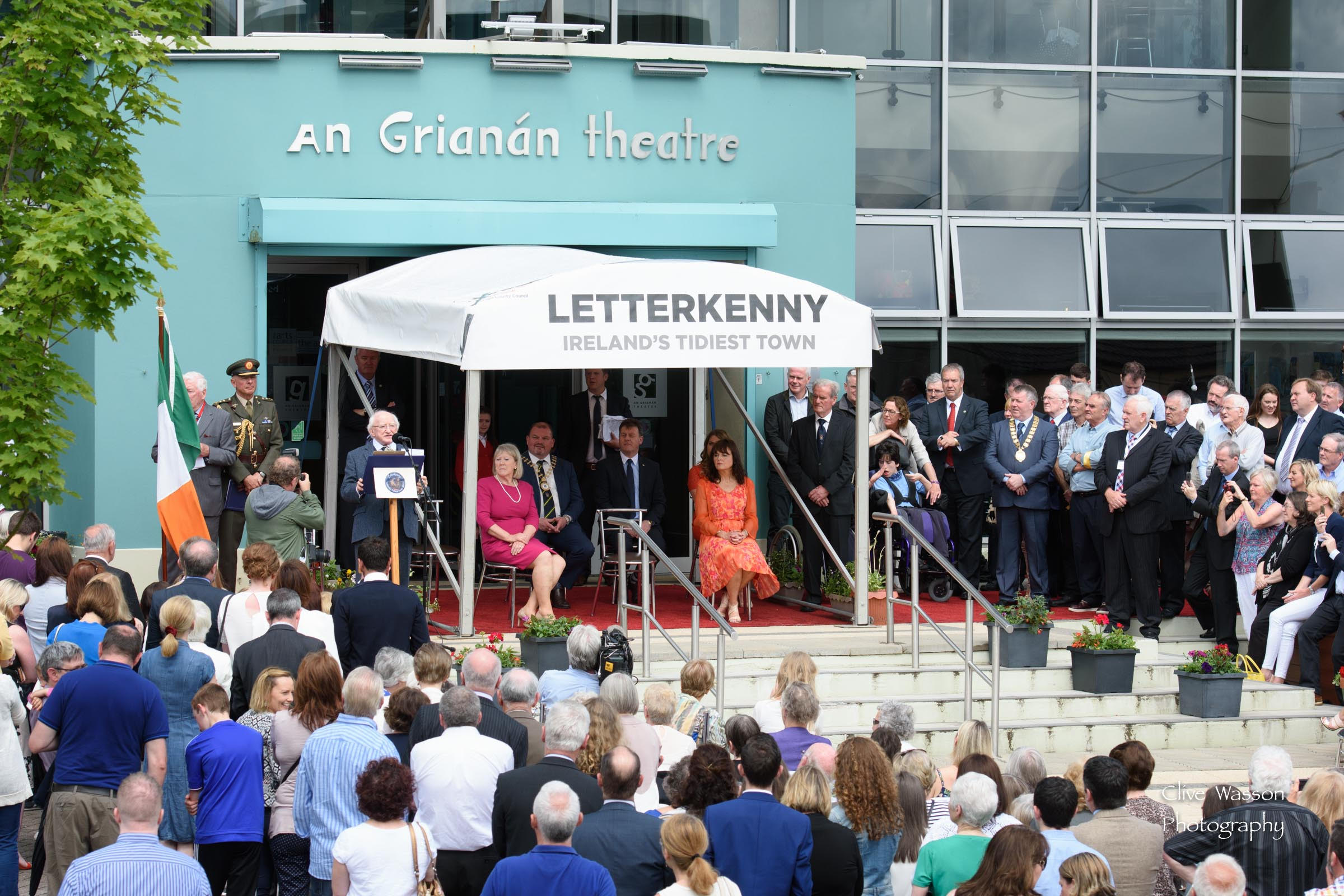 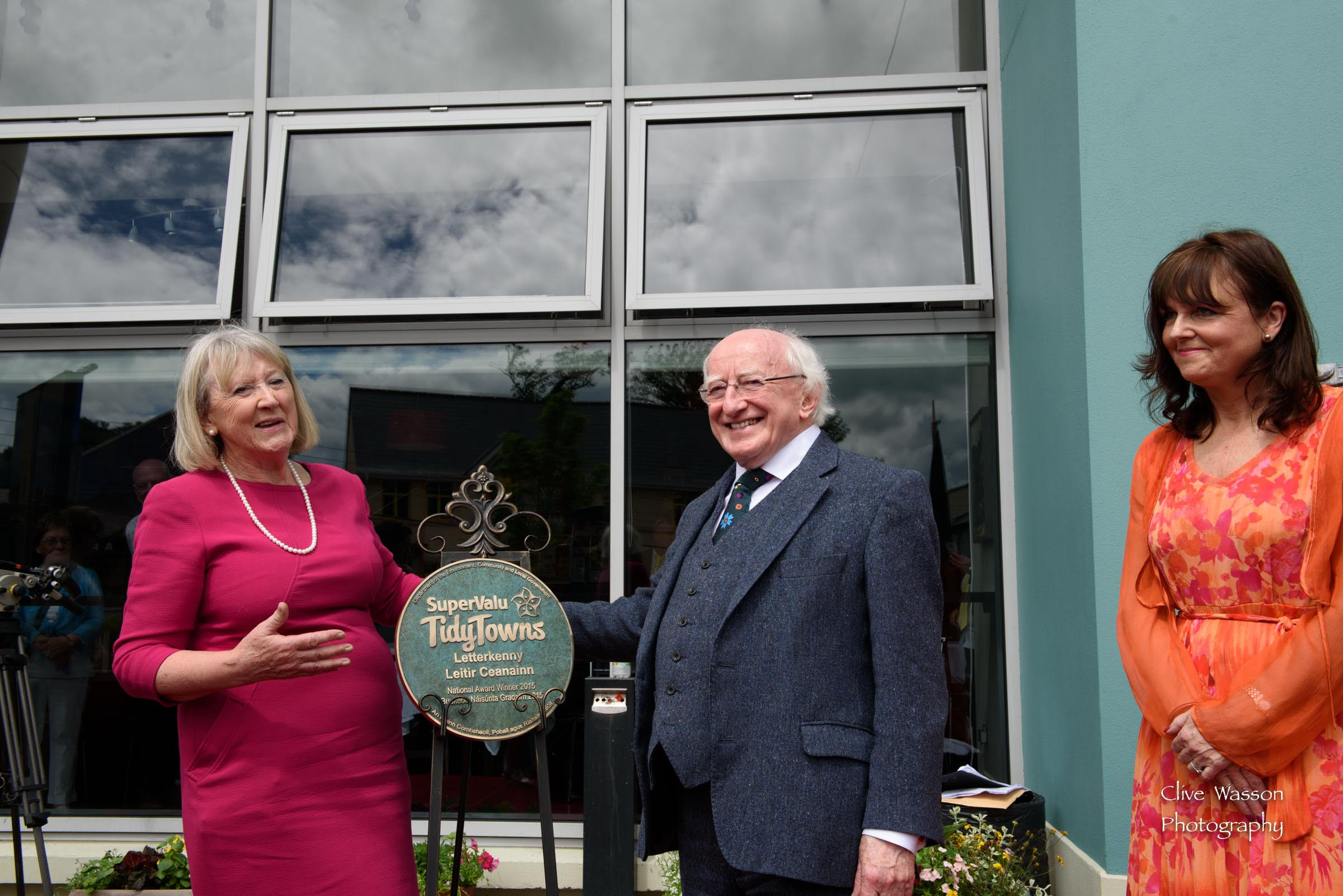 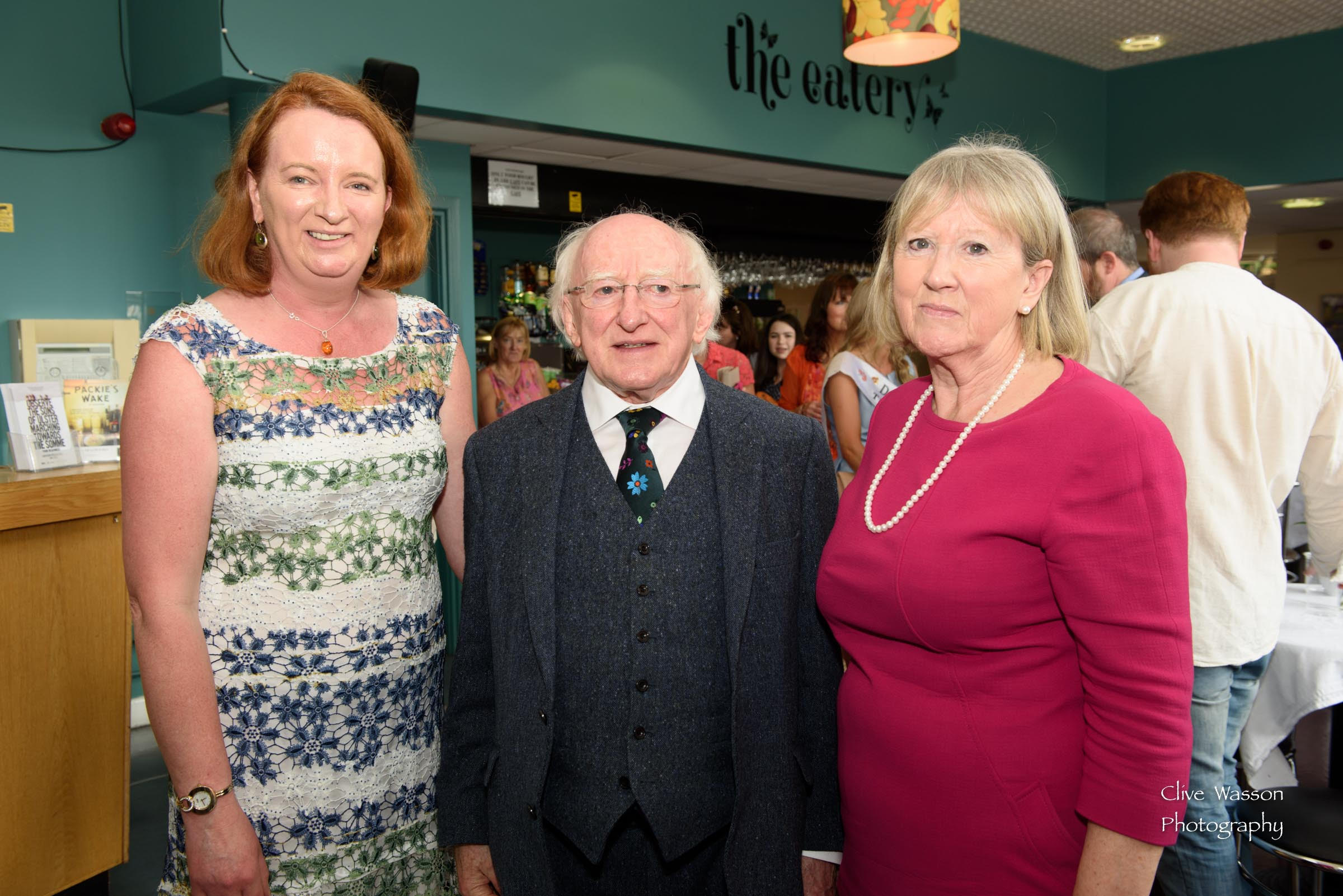 There are also two new members of the Board of Directors: Richard Gibson of Donegal County Council, and Rachel Akkoc of the Local Amateur Arts Community. For a full list of our Board members, and their biographies, please click here …. https://www.angrianan.com/board-of-directors/

Your ticket for the: Cllr. Gerry McMonagle is the new Chairperson of An Grianán Theatre’s Board of Directors

Cllr. Gerry McMonagle is the new Chairperson of An Grianán Theatre’s Board of Directors