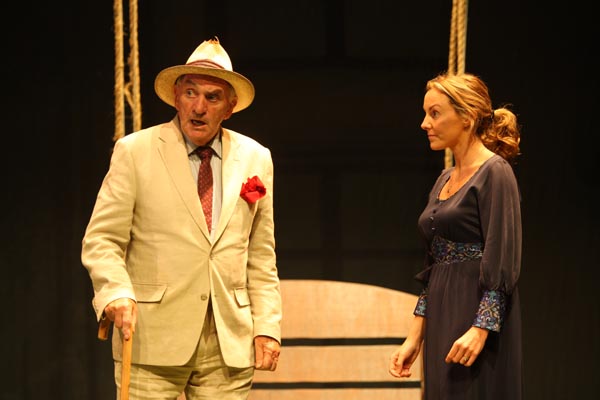 Time has not been kind to the O’Donnells and their once high social standing has dwindled along with their finances. They return to their ancestral homestead in Ballybeg for a wedding but dramatic events overtake them bringing us both comedy and tragedy. Friel’s chronicle of three sisters and their ‘peculiar’ brother reveals the way ‘in which the ache of one family becomes the microcosm for the ache of a society’.

Aristocrats was a co-production with the rthen ecently established Workhouse Productions and was one of three Friel projects undertaken by An Grianán in 2011 to mark the occasion of Brian Friel being named Donegal Person of the Year.

Your ticket for the: Aristocrats, 2011