Wed, Oct 4, 2017 News
Photocall from yesterday’s official launch of the All Ireland One Act Drama Finals which will be held in Letterkenny for the first time this December. 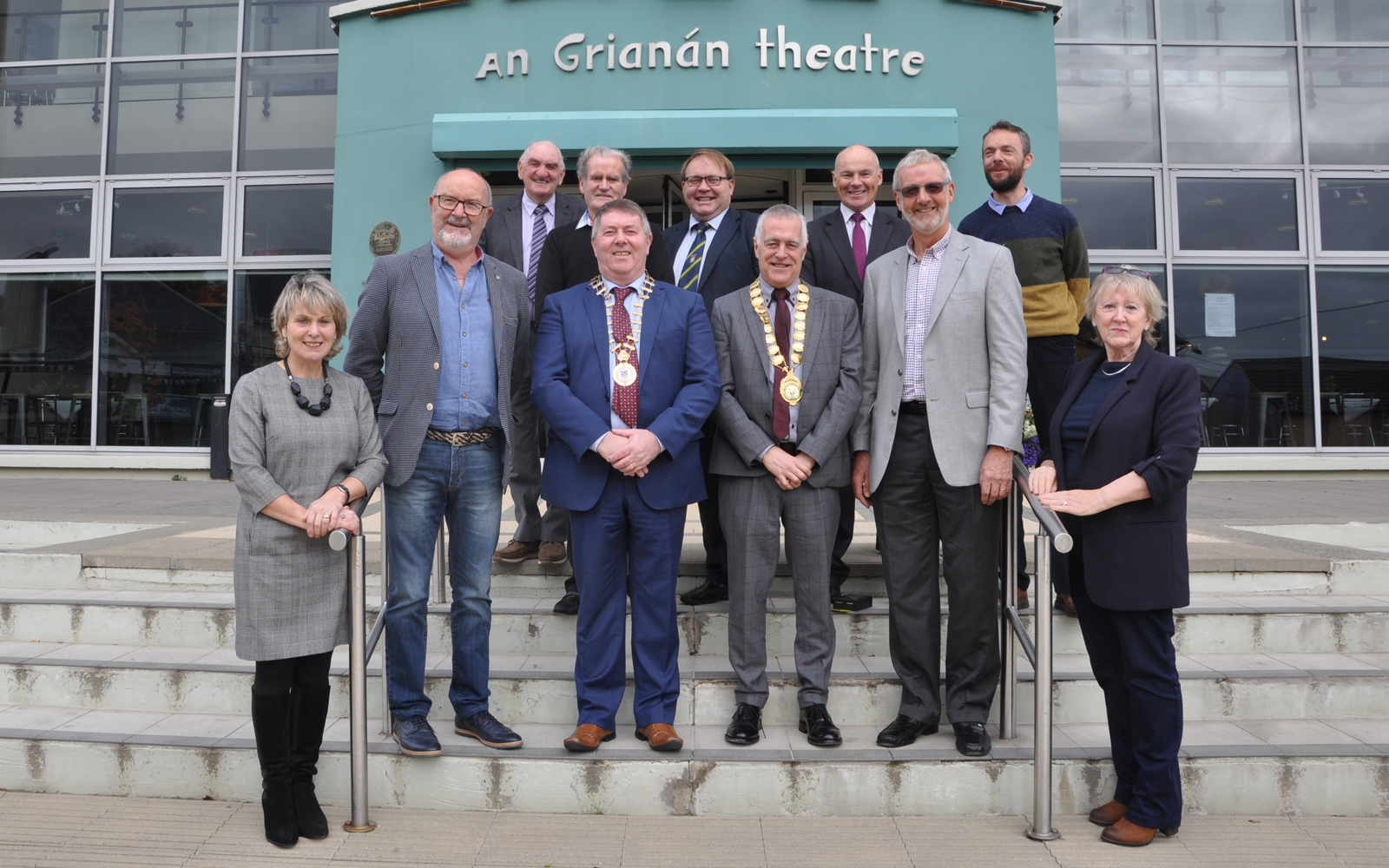 Letterkenny has been fortunate to be asked to stage The All Ireland One Act Finals this year in An Grianán Theatre from Friday 1st to Sunday 3rd December. This is a great opportunity for the people of Letterkenny and Donegal to see the top 11 plays presented at all the one act festivals from around the country during November 2017. Ticket sales are already flying even though we won’t know who the finalists are until the end of November!

There will be 3 plays shown on Friday and Saturday nights, 3 on Sunday afternoon and 2 on Sunday night with the presentation of awards straight afterwards.The Festival Club will be held in An Grianán Theatre each night after the performances when the groups and audiences can mingle and let their hair down. Music will be provided each night.

A large crowd is expected in the town during the festival and there will be other fringe events occurring as well to entertain the visitors while in town – Visits to Glenveagh National Park & Grianán of Aileach, Historic walks of the town, traditional music /jazz sessions locally, golf competition etc. All these will be announced at a later date.

The All Ireland One Act Finals is hosted by Letterkenny One Act Festival under the auspices of Drama League of Ireland and The Amateur Drama Council of Ireland.

Tickets can be purchased at our box office on 0749120777 or online here. Cost is €18/€16 per session. Attend all four sessions for the great price of just €60 (discount automatically deducted when you add tickets for all four sessions to your cart).

Visit the official website for the latest festival news – www.oneactfinals2017.ie

Your ticket for the: All Ireland One Act Drama Finals launch