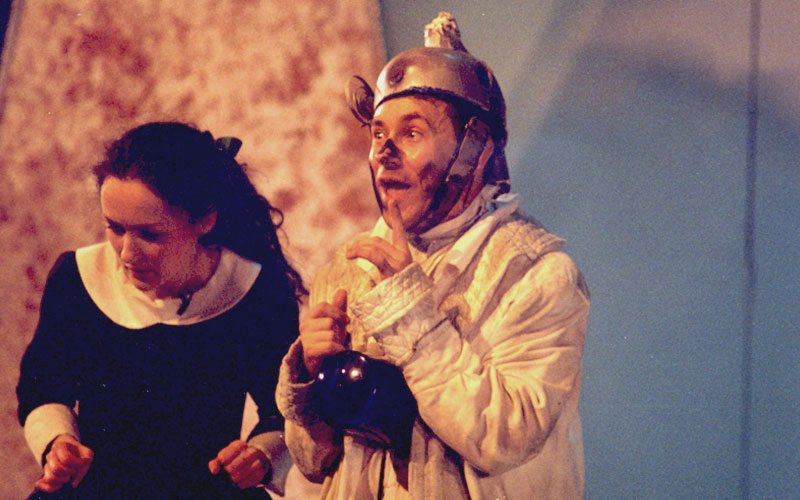 Produced by An Grianán Theatre for as our opening season Christmas show in December 1999, and revived in the summer of 2000 for a second run.

“The Sun was shining on the sand,
shining with all its might
Which was odd because it was the middle of the night…”

A fantastical, enthusiastic and energetic retelling of Lewis Carroll’s Alice’s Adventures in Wonderland & Through the Looking Glass, complete with larger than life sets and visual trickery.