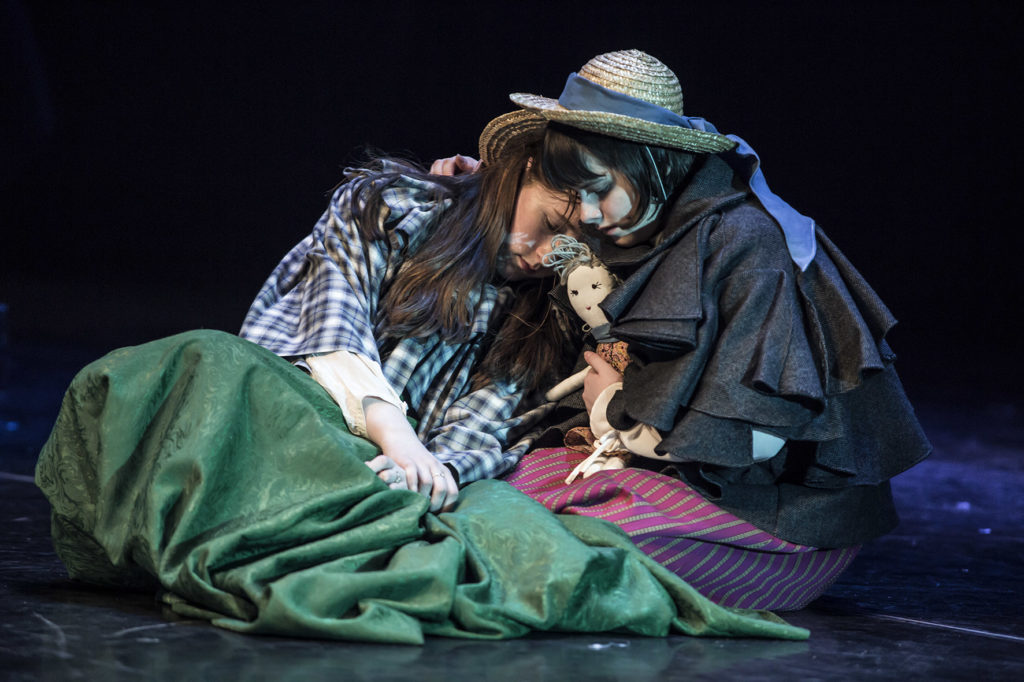 An Grianán Youth Theatre followed up their well received production of Blackadder Goes Forth with this thrilling and funny adaptation of Joan Aiken’s classic children’s novel, perfectly suited for family audiences.

On the face of it things are looking up for impoverished orphan Sylvia. She’s just been invited to go and live with her rich cousin Bonnie at the family’s ancestral home at Willoughby Chase. However the dastardly Miss Slighcarp, newly installed as the girls’ governess, plans to make Willoughby Chase her own and hatches a wicked plan to get rid of the two girls. Together with their friend Simon the girls set off on a wild adventure across a wintry England as they battle to outwit Slighcarp and her evil henchman Grimshaw and reclaim Willoughby Chase.

Originally written as a spoof of the Victorian Gothic adventures that Joan Aiken read as a child, The Wolves of Willoughby Chase is a funny and exciting adventure story set in Aiken’s alternative version of 19th century England, where wolves roam the land. It’s full of larger than life Dickensian villains, mysterious plot twists and as ever with the best young adult stories, brave and resourceful children.

Your ticket for the: The Wolves of Willoughby Chase, 2018