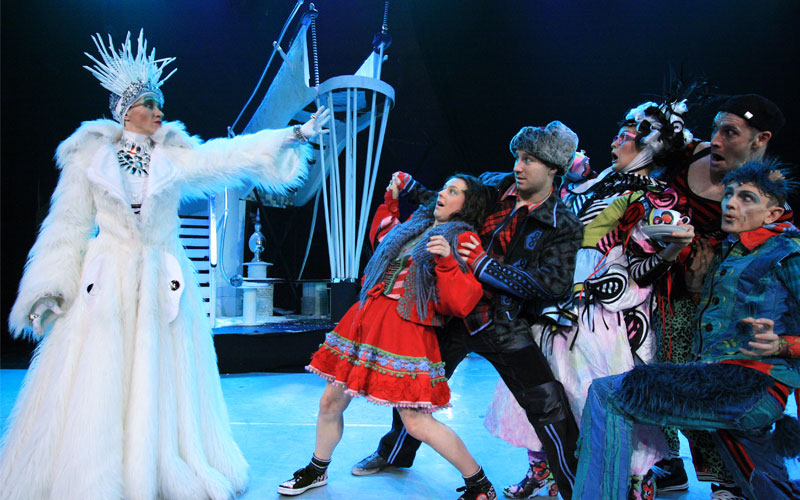 An exciting and beautifully crafted version of The Snow Queen, where the Blizzard Circus along side their boss the Snow Queen bring you into a world of adventure and delights, a magic mirror is smashed into a thousand pieces, a young boy called Kay is kidnapped and the chase is on by his best friend Gerda to save him before his heart is frozen forever.