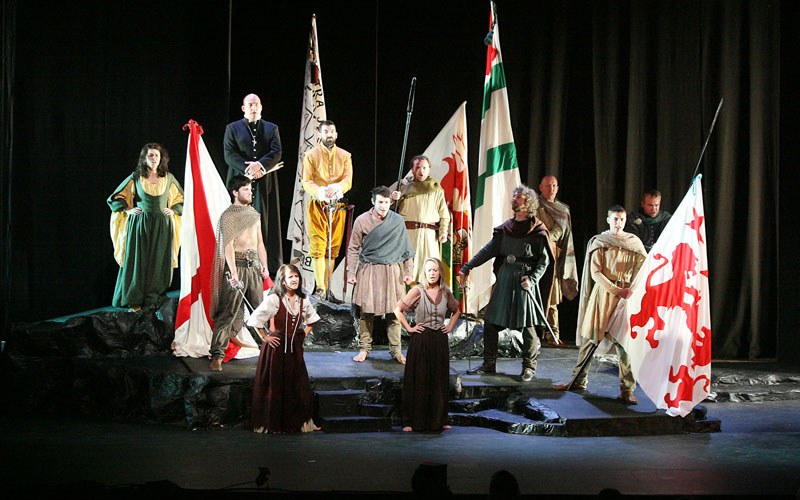 A large scale community theatre project presented for the 2007 Earagail Arts Festival to mark the 400th anniversary of the the Flight of the Earls.

2007 marked the 400th anniversary of the ‘Flight of the Earls’, an event which signalled the end of the old Gaelic order and changed Ireland forever.

A twenty-five strong community cast re-created the complex world of Hugh O’Neill, Earl of Tyrone, a larger than life character whose political and private life was filled with conflict and intrigue. He understood Elizabethan England equally as well as the ancient Gaelic world and found himself torn between them both.

This fast-moving, action-packed play is set before, during and after the Battle of Yellow Ford, when O’Neill and his Donegal ally Red Hugh O’Donnell combined forces to engineer the greatest military defeat of an English force in Irish history. It concludes with O’Neill’s defeat at the Battle of Kinsale which ultimately led to the last of the Gaelic lordships and the end of Gaelic Ireland.