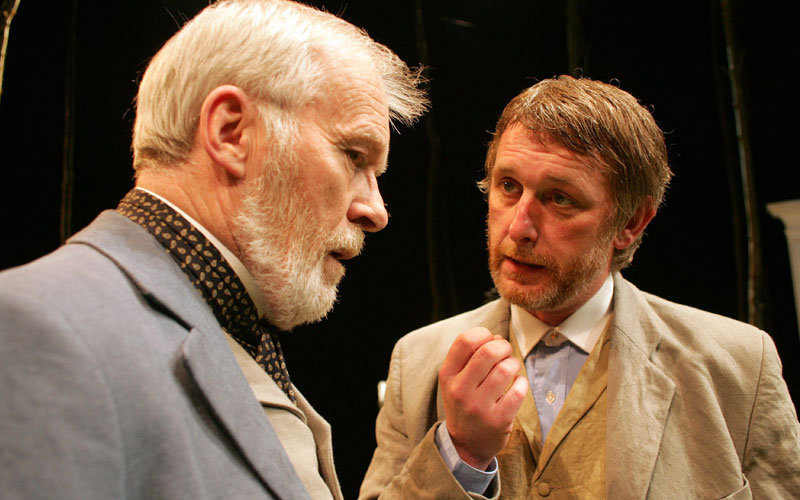 An Grianán Productions in association with the Lyric Theatre, Belfast as part of An Grianán’s 10th Anniversary celebration and in tribute to Brian Friel in his 80th year.

The play opened at An Grianán before transferring to the Lyric in Belfast. It was also toured to the Town Hall Theatre, Galway; Cork Opera House; Market Place Theatre, Armagh and Strule Arts Centre, Omagh.

It’s the Summer of 1878, a time of unrest and the early days of the Home Rule movement. The fateful events of The Home Place take place over a single day at the Lodge in Ballybeg, the Donegal home of the Gores, a planter family.

The Gores, father and son, are both in love with Margaret, their househeeper. All three pursue a hopeful dream of freedom from their history and heritage and the ‘awful burden’ of the big house. The situation quickly unravels, accelerated by Gore’s cousin Richard, who unwittingly insults and inflames the local population during an already volatile time.

Friel’s brilliantly crafted drama continues the historical probing which in Translations examined the tragic effect of a military operation to map the physical contours of the Irish landscape. In this, his latest play, a scientific exercise to determine the Irish character unleashes the tragedy, which revolves around the ideas of national identity, love and belonging. 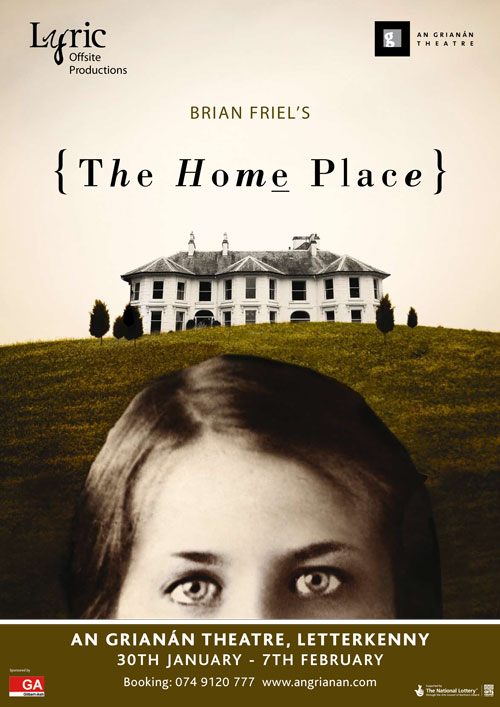