Mairead Ní Mhaonaigh agus a chairde show to be broadcast on TG4 on St. Patrick’s Day !

The recent An Grianán Theatre show for Letterkenny Trad Week, Mairead Ní Mhaonaigh agus a chairde, which was streamed online by an Grianán Theatre, and which raised €3000 for charity, has been chosen by TG4 to be broadcast on St Patrick’s Day at 9.30pm. The show, which was produced by An Grianán Theatre and The Regional Cultural Centre will also be available worldwide on the TG4 player.

Letterkenny Trad Week is an initiative of An Grianán Theatre and the Regional Cultural Centre, Letterkenny and is now in its 7th year. 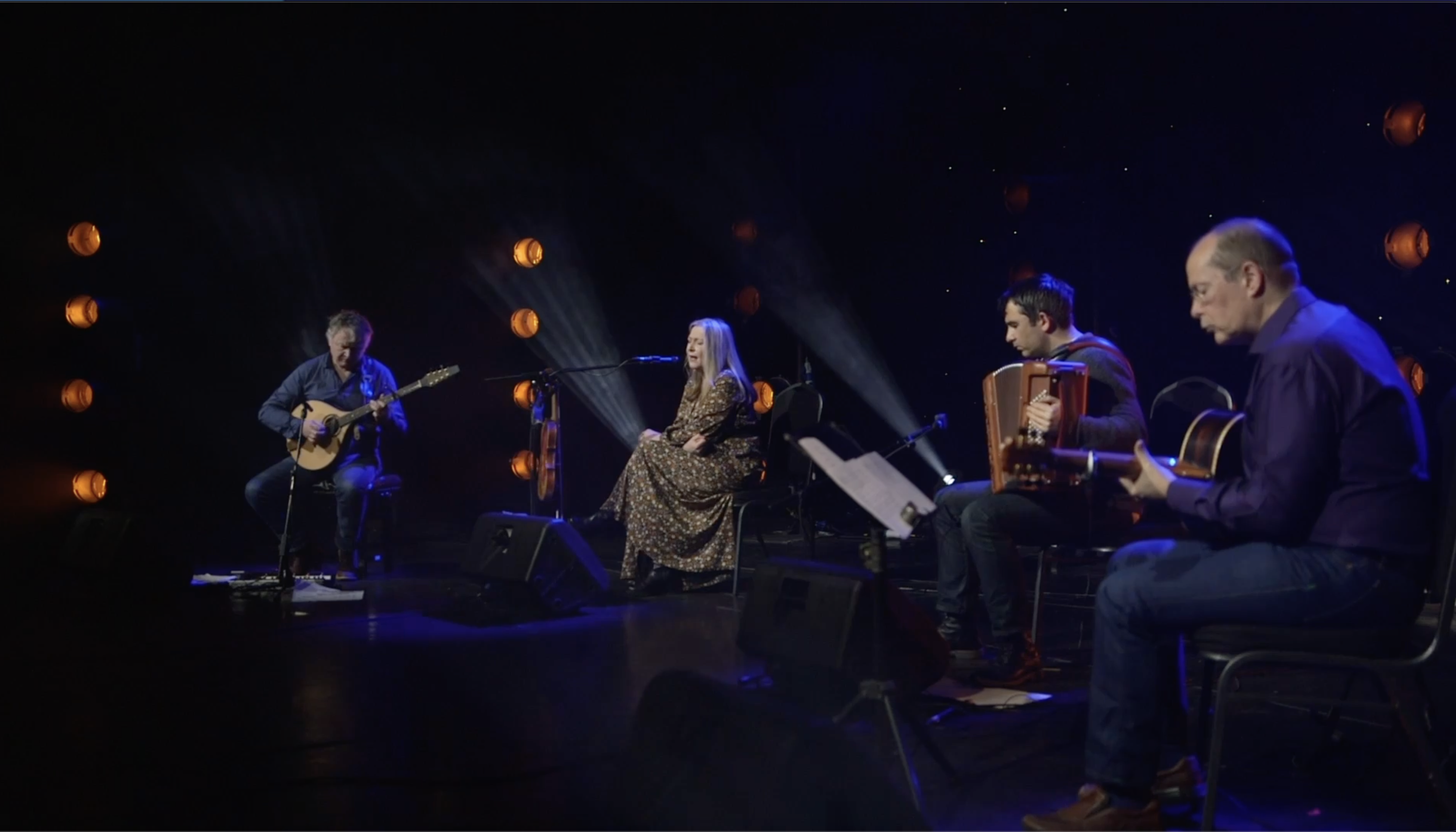 The centrepiece of the show is Mairead’s new composition,  ‘Ré an t-Solais’….’The Era of Light’, commissioned by An Grianán and inspired by the hope of a new era after the intensity of the pandemic lockdown. This new music can also be purchased at this link: Mairead’s bandcamp page.

All the musicians for the show were paid by An Grianán, and the production was organised by The Regional Cultural Centre, An Grianán’s partner in Letterkenny Trad Week. This new screening of the show by TG4 means that the musicians will also receive an additional payment.

The online demand for the show when first broadcast by Letterkenny Trad Week demonstrated the global reach of Mairead and Altan, and how they have gained an appreciative audience all across the globe for this music which originated in Donegal.

In the show Mairéad Ní Mhaonaigh is joined by special guests including Manus Lunny, members of Altan, and the Harrigan and McGrory families.

Both An Grianán Theatre and The Regional Cultural Centre receive annual funding from Donegal County Council and The Arts Council.

Your ticket for the: Mairead Ní Mhaonaigh agus a chairde show to be broadcast on TG4 on St. Patrick’s Day !

Mairead Ní Mhaonaigh agus a chairde show to be broadcast on TG4 on St. Patrick’s Day !