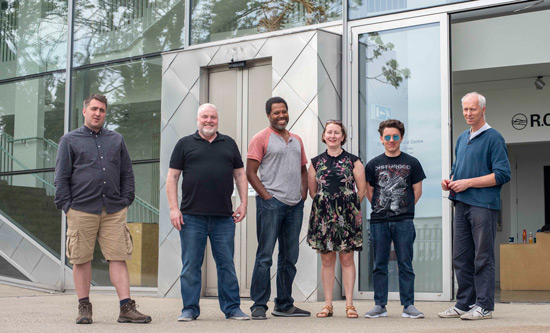 Emilia, principal lady in waiting to Hermione – Marie Kelly
Iras, a singer, and lady in waiting – Christiona McGettigan
Samina, nurse to the Prince Mamillius, and a valued member of the Royal household – Laura Dunne

Polixenes, King of Bohemia, childhood friend of Leontes – Tom Nelis
Florizel, his son, a prince – Jasper Lee Kardos
Narcisa, a noble woman in the Bohemian court and the Kings trusted messenger – Louise McCrossan
Theodora, a noble woman in the Bohemian court, sent as emissary to Sicilia – Triona Burke
Archidamus, captain of the King’s private ship, and a respected member of his entourage – Fionn Robinson

The Shepherd, an unlearned old man, farming and living simply in a remote rural community – Eoghan Mac Giolla Bhrigdhe
The Clown, his son, an honest but simple man full of hard work and loyalty – Oscar Murtagh
Perdita, a foundling, taken in by the Shepherd and brought up as his daughter and The Clown’s sister – Laramie Carey
Tereza, a country lass who sings very sweetly and prefers making music to making hay – Maryann McDonnell
Autolycus, a rogue – Patrick Quinn

The Guides, who lead us through the story, and police Sicilia and Bohemia – Siobhan Coyle, Ciara Cunnane, Nicky Peeters, Guy Le Jeune

The Experience of Being Irish Tour

Touring Ireland this May

Written and performed by Carol Moore

An empowering story of a woman who decides to take back control.

On her 60th birthday Cathy should be celebrating but it rapidly goes downhill.

“In the shop they didn’t see me.
They saw a warm cardigan and sensible shoes woman. An insignificant woman.”

The Experience of Being is a funny, absorbing and moving one-woman play about dwindling power, how to challenge it and why ageism makes growing older far harder than it needs to be. 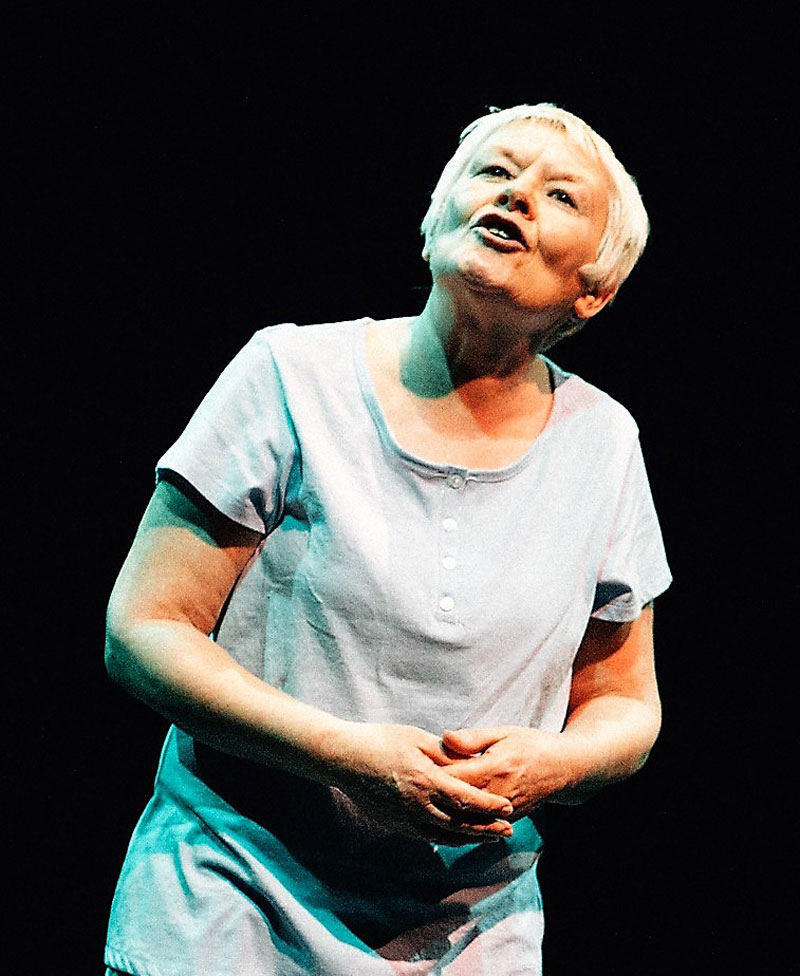 More about the show

On reaching 60 in 2016, actor/writer, Carol Moore didn’t see herself reflected in contemporary Irish theatre, nor was she being offered challenging roles for her own age-group. She felt invisible as an older woman and redundant as an older artist. For 18 months Carol has been writing and developing a one-woman play titled “The Experience of Being”.

The Experience of Being:

The play straddles two worlds. One is memory where conflict, religion and power from many sources limited the choices of girls and young women growing up in Belfast, while in the present Carol is holding up a mirror up to society’s obsession with youthfulness and where power can so easily be stripped from older citizens. The play examines power and gender stereotyping, age myths and the challenges of ageing facing us all.

It is an original, funny and absorbing interdisciplinary production which uses text/physicality/music to tell a powerful story that connects and resonates with a 50+ age-group but also engages with audiences across all age-groups.

It has been produced by An Grianán Theatre, Letterkenny to to tour nationally during May 2019. A showcase of the production was performed at Prime Cut’s theatre symposium in January at the Mac Theatre, Belfast. 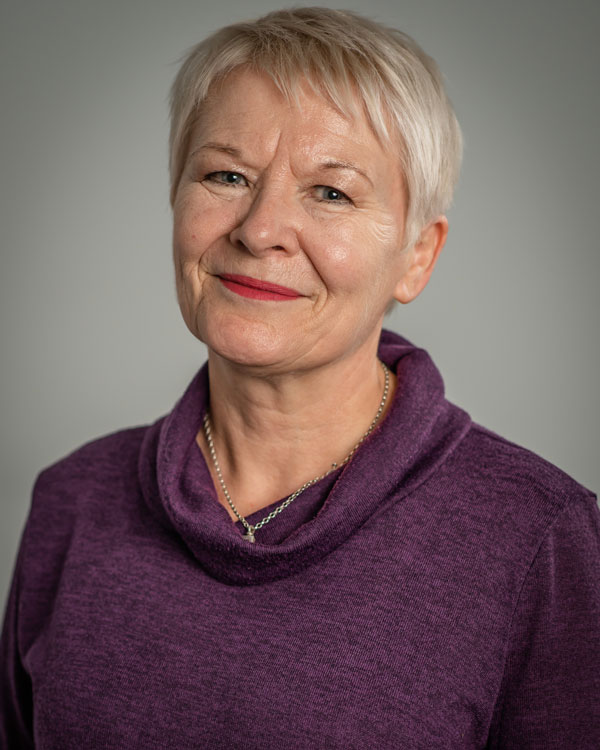 Carol was co-founder/co-Artistic Director of Charabanc Theatre Company 1983 –’95, their adoption of research and oral interviewing, taking people’s life-experiences and transforming those into theatrical experiences, then delivering it back in non-traditional theatre venues was ground-breaking in reaching new audiences. Charabanc brought Northern Ireland to the attention of international academics and gained both a national/international reputation.

Carol has directed a number of plays including at the Lyric Theatre in the early 1990’s and was one of a number of directors on Convictions (Tinderbox) which won ‘Best Production’ at the Irish Times Awards, 2000.

As a writer her work includes a book about Charabanc Theatre company, a monologue about the first Irish women trade unionist Mary Galway, Shrieking Sisters with Maggie Cronin and one-woman play The Experience of Being (previously titled Dangerous Female).

2005) making a series of documentary films around cultural diversity, which screened at International festivals. She received a Best Actress nominaton in Reefer and the Model at the European film Awards, 1989.

Carol was a Creative Consultant for arts/heritage organisation Red Lead Arts (2003/6) curating Belfast as it Used to Be and directingThe Iceberg and The Liverpool Boat.

An Grianán on tour – Manny Man hits the road. 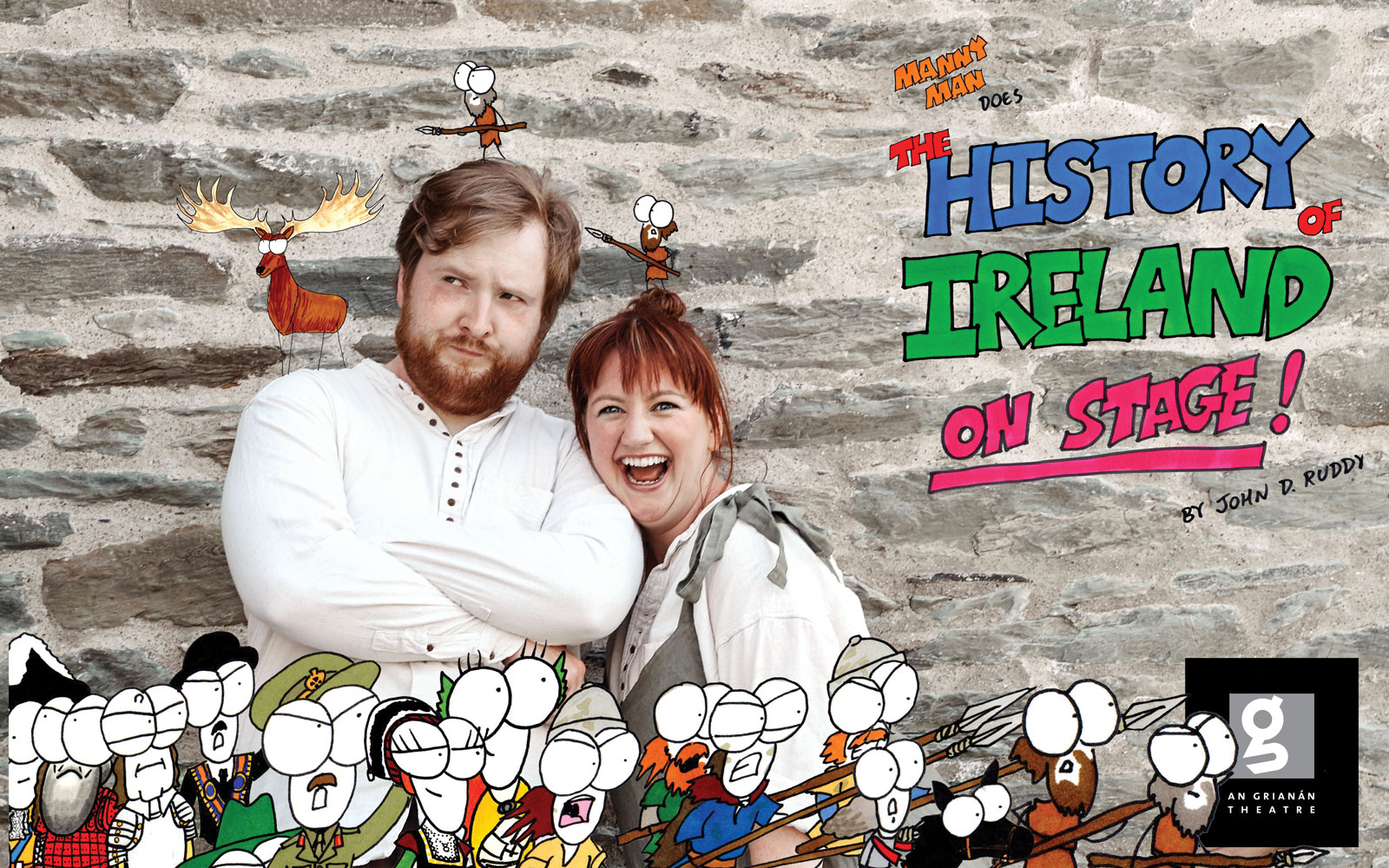 We had such a fun time making Manny Man Does the History of Ireland for last year’s Earagail Arts Festival that we just couldn’t keep it to ourselves! So we’re delighted to announce that we’ve reassembled the team and we’re taking Manny Man on the road!

We’ll be touring the show to 16 venues across the island of Ireland, north and south of the border, throughout February and March 2019. As well as performances here in An Grianán on 5, 6 & 8 February we’ll also be visiting Strabane, Kilkenny, Coleraine, Limerick, Mullingar, Gweedore, Longford, Derry, Armagh, Ballybofey, Portlaoise, Newbridge, Wexford and Ennis. 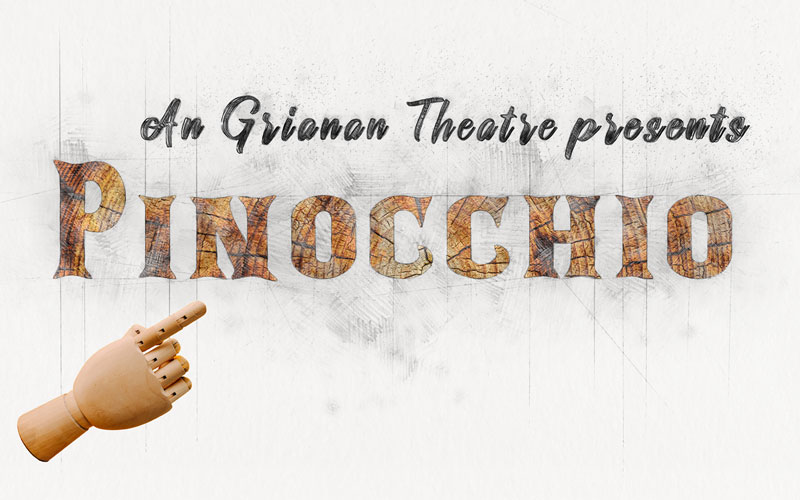 An Grianán Theatre will hold two specially adapted relaxed performances of their Christmas Show Pinocchio on Wednesday 19 December at 12.30pm and Sat 22 December at 2pm.

What is a relaxed performance?

Relaxed Performances are specifically designed to welcome people who will benefit from a more relaxed performance environment, including, but not limited to, people with an Autism Spectrum Condition, sensory and communication disorders, or a learning disability.

Why do a relaxed performances?

Many aspects of a standard theatre experience can cause difficulties for children. Busy foyers, unexpected music, lights going up and down and applause can all be unsettling. Even the interval can confuse because it may seem strange to leave the auditorium in the middle of an event.

These performances are for anyone who would benefit from a more relaxed performance environment, including people with an autistic spectrum condition, sensory or communication disorders, or a learning disability, or just those who are uncomfortable being in a darkly lit room, or those who feel they can’t sit quietly for an extended period of time.

Can everyone come to this performance?

Yes everyone is welcome, it’s important that those for whom it is intended get to share the experience with their peers and siblings. That’s the joy of a relaxed performance!

Relaxed Performance of The Nutcracker

What is a relaxed performance?

Relaxed Performances are specifically designed to welcome people who will benefit from a more relaxed performance environment, including, but not limited to, people with an Autism Spectrum Condition, sensory and communication disorders, or a learning disability. It is also a good way to introduce younger children to live performances in a less formal setting than regular theatre events.

Why do a relaxed performances?

Many aspects of a standard theatre experience can cause difficulties for children. Busy foyers, unexpected music, lights going up and down and applause can all be unsettling. Even the interval can confuse because it may seem strange to leave the auditorium in the middle of an event.

These performances are for anyone who would benefit from a more relaxed performance environment, including people with an autistic spectrum condition, sensory or communication disorders, or a learning disability, or just those who are uncomfortable being in a darkly lit room, or those who feel they can’t sit quietly for an extended period of time.

Can everyone come to this performance?

Yes everyone is welcome, it’s important that those for whom it is intended get to share the experience with their peers and siblings. That’s the joy of a relaxed performance!

Will it be very different from attending a regular performance?

Audience feedback to our Peter Pan relaxed performances was very positive. We made a few subtle alterations – the auditorium lights were only partially dimmed (no blackouts) and any especially loud noises were reduced. Most people felt that it did not affect their enjoyment of the show.

Please contact Daithi or Nicola at the box office on 0749120777 if you have any questions or are interesting in bringing a group.

There’s a second chance to see drama I Would Walk These Fields Again as it embarks on a mini tour this May as part of the Bealtaine Festival. Produced by An Grianán Theatre in association with the Donegal County Council, I Would These Fields Again is a celebration of the life of well known Donegal native Father James McDyer – his life, his work and his legacy.

John D Ruddy and Louise Conaghan in I Would Walk These Fields Again, a play by Guy Le Jeune about Father McDyer of Glencolmcille.

Starring John D Ruddy and Louise Conaghan, the play was well received by local audiences when it debuted last year. There will be four performances – starting at An Grianán Theatre on Wednesday 18 May, Roscommon Arts Centre on Thursday 19, Colgan Hall in Carndonagh on Friday 20 and Kilcar Parish Hall on Saturday 21 May.

Father McDyer was a man of great energy, humour and conviction, qualities which are captured in this drama by Guy Le Jeune.

Born in Glenties in 1910, Father McDyer was ordained in Maynooth. He spent ten years in London during the Second World War where he tended to the needs of the emigrant Irish population. He returned to Ireland, spending four years on Tory Island before being sent to the parish of Glencolmcille in South-West Donegal, in 1951. From then until his death in 1987 he worked tirelessly against what he termed “the curse of emigration”.

He encouraged new enterprises, set up a cooperative, persuaded government ministers and their departments to support his ideas and inspired the community to help themselves, rather than rely on handouts from the State. In his own words, he described himself as a “Christian Communist”, taking his inspiration from the political turmoil and radical ideas of the early twentieth century.

Writer Guy Le Jeune is Theatre-Artist-in-Residence at An Grianán Theatre, supported by the Donegal County Council and the Arts Council. His previous plays for An Grianán include On The Camel’s Hump and Fiesta. He is currently writing a new musical, Unified, which will be the feature event of this summer’s Earagail Arts Festival.

Colgan Hall, Carndonagh
Friday 20 May at 8pm Tickets available on the door.

Your ticket for the: Father McDyer drama returns