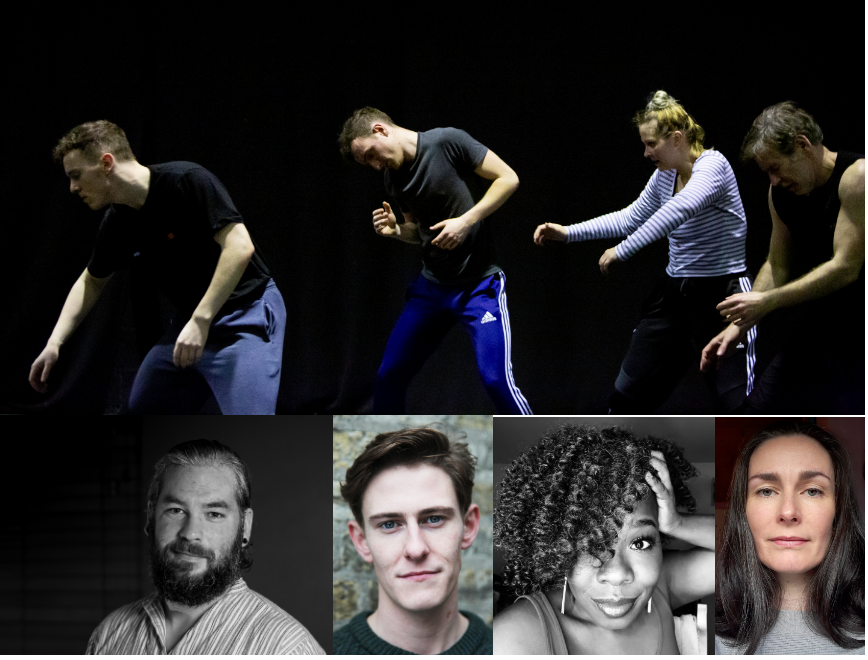 An Grianán Theatre has announced the five recipients of its Let’s Make Some Noise Bursaries. Each recipient will receive up to €4000 to develop their work as well as time in An Grianán Theatre’s auditorium, production support, promotion and documentation.
The five recipients are Brenda Kelly, Eirú Dance Company, Lorcan Strain, Miranda Rosenberg and Orson Sterritt.
48 different projects from 36 different artists were put forward and it proved a very difficult process to create a final short list.  Patricia McBride, Director of An Grianan Theatre said ”‘What stood out in these five applications was that we could see how they would use the bursary right now to further the work they proposed, and how the theatre could make a positive contribution to that process. This money will go to support not just the named artists, but it will enable them to provide further employment for other artists and arts professionals.’
Daithi Ramsay, Marketing Manager of An Grianán Theatre added , ‘What’s really wonderful about this is that we’ve started conversations with so many people, from all over the North West. It’s not just these five who will receive our support. There will be other projects arising from the bursary submissions which will form part of our work in 2021 and beyond. This is the start of something very special. We’re very excited about the breadth of talent which is here in our community, and it’s given us all a great lift to be able to be able to support it in what is such a difficult time.”
Ériu Dance Company
Ériu Dance Company’s latest initiative, The Village, will be a play with music and dance, and is a further development of Ériu’s ever-evolving aesthetic and dance-making practice under its Artistic Director, Gweedore’s Breandán de Gallaí. The Village sees 5 people gather on a hill looking down on the townland where they all grew up. As they watch the lights go out over the village, it’s not clear what brings them together now, and what connects them, other than The Village.
Lorcan Strain
Lórcan Strain is a young Actor, Musician, Drag Artist and Writer from Milford. He graduated with a BA Hons in Performing Arts from IT Sligo and is also a graduate of Acting for Screen at the prestigious Bow Street Academy, Dublin. He has trained with The Blue Raincoats, Sligo and Theatre Lovett, Dublin and can also be seen in the final series of Game of Thrones. Lorcan will be developing a fast paced theatre piece that will give the audience a glimpse into what it is like to be gay in the countryside.
Mirenda Rosenberg
Singer-songwriter Mirenda Rosenberg, who is originally from the United States, blends African American roots with contemporary Irish musical textures. She is known for her dynamic, emotionally provocative performances. She will be doing further development on her one woman show, in which she details how she overcame a religiously sheltered childhood, and controlling relationships, to become the powerhouse performer she is today. A short version of the show debuted online at this year’s Donegal Bay and Bluestacks’ Festival.
Orson Sterritt
Orson Sterritt has been involved in the local theatre scene for most of his adult life, making his drama debut at the age of 17 in An Grianan Theatre with the LMDG production of Seven Brides for Seven Brothers. Discovering an avid affection for theatre and the entertainment industry, he continued on to spend years working backstage at various events, leading him to eventually set up his own businesses North West Events, and The Big Top Circus Workshop. The bursary will enable Orson to develop his ‘Giddy Up Theatre Show’, a street theatre and magic show which will travel in a horse box.
Brenda Kelly
Brenda Kelly is a writer, playwright & filmmaker. She is inspired to create compelling stories and explore quirky situations with the written word. This has led to successful work in both film and theatre. With a background in Architecture, she has an eye for the theatrical and a clear vision for each piece of work. She uses humour and honesty to bring stories to life.
The An Grianán bursary will allow Brenda to write and develop her short musical play ‘ODD’ into a full length musical with new music by Fionn Robinson. The original short was written in 2016 as a part of Waving not Drowning: The Mental Health Roadshow under the umbrella of Bread and Roses Theatre Company. It is a comic and poignant play that follows a man and a woman with debilitating self-consciousness and social awkwardness as they overcome obstacles to fulfil their need for love and connectedness.
Read more

Your ticket for the: Announcing the Let’s Make Some Noise! Bursary Recipients