DramaCast is an exciting new initiative created by An Grianán Theatre, and Workhouse Theatre Company,  to bring Shakespeare, and Friel, back into the classroom.

With Covid curtailing all live touring it’s been impossible for schools to take their classes to see plays as normal. DramaCast fills that gap by selecting scenes relevant to the school curriculum and filming them here in An Grianán to distribute to local schools.

Under the direction of Michael Kelly from Letterkenny’s St Eunan’s College and Iarla McGowan of Workhouse Theatre rehearsals got under way in earnest last week, in the fantastic studios at Zona Dance in Letterkenny. 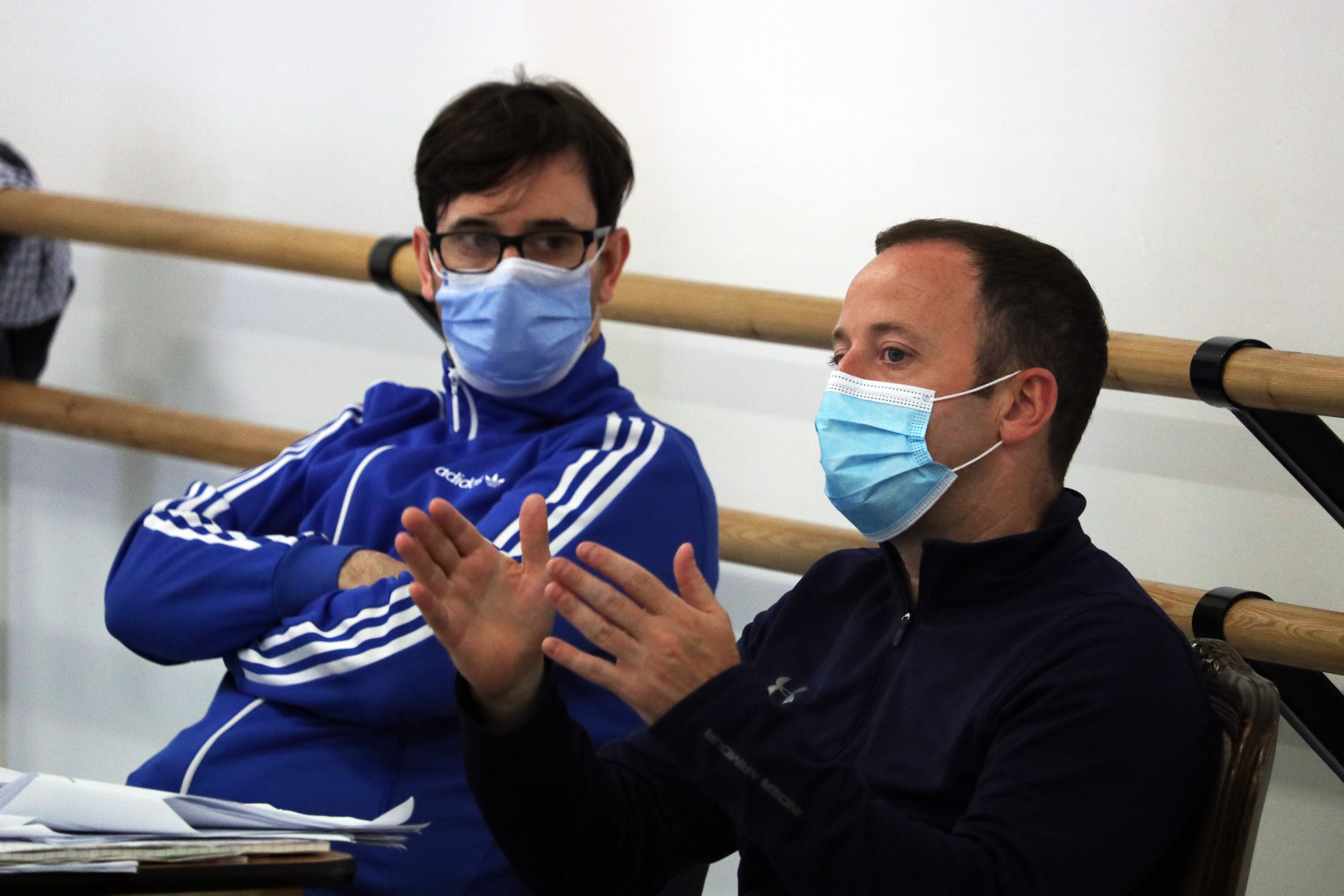 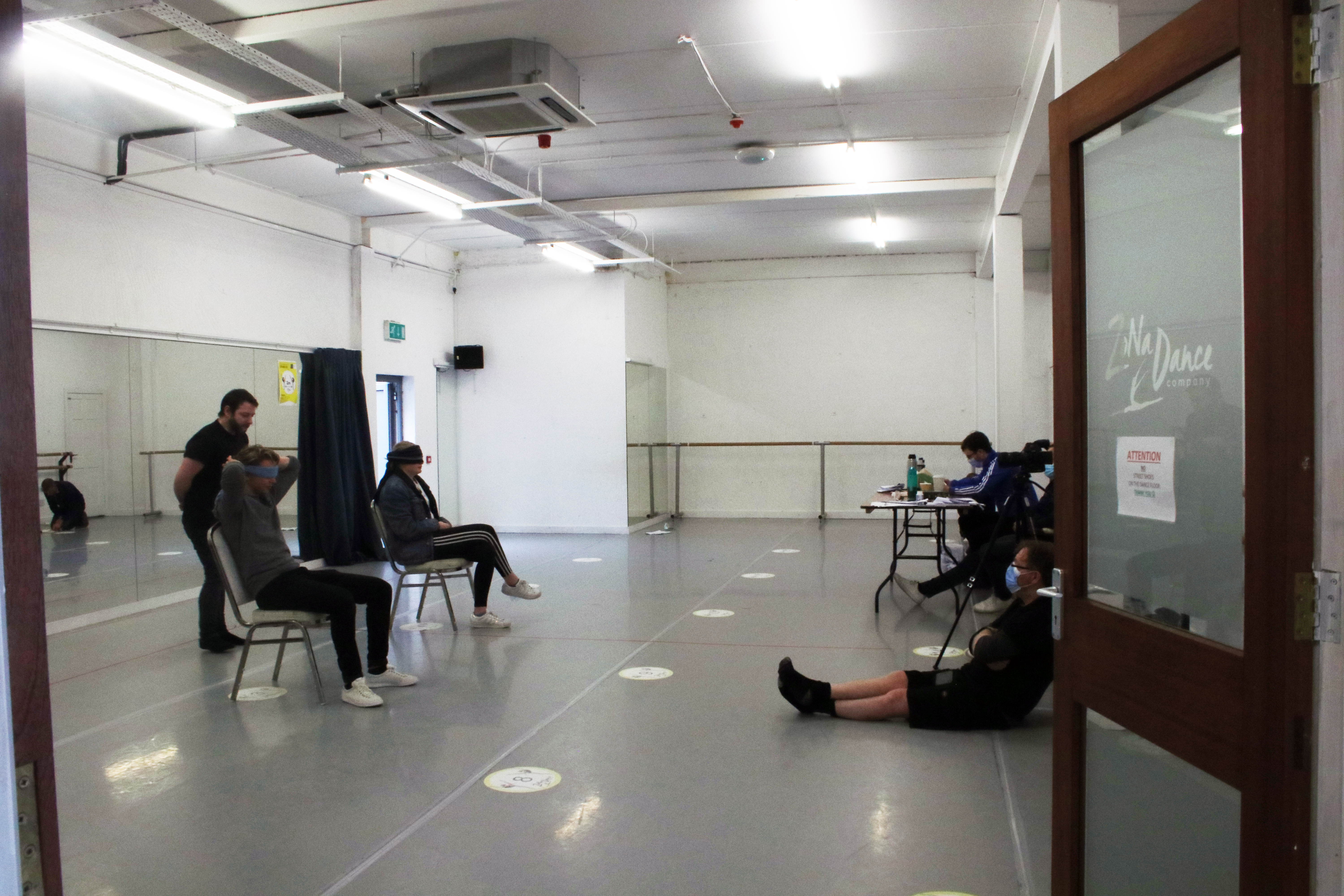 The play excerpts will be from Macbeth, Romeo and Juliet and Philadelphia Here I Come.

This week the filming will take place on the stage here at An Grianán with Karen Quinn as Director of Photography. 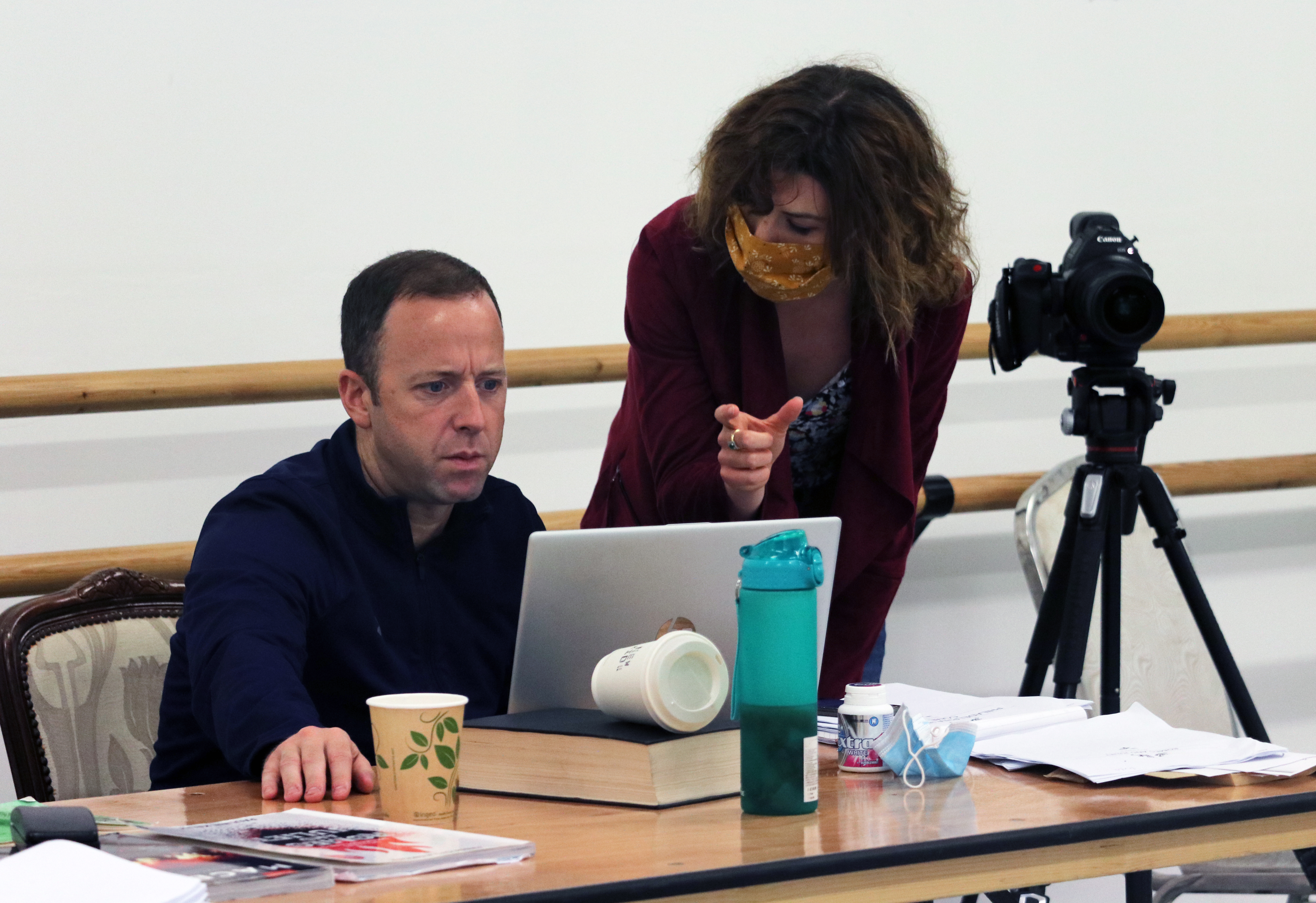 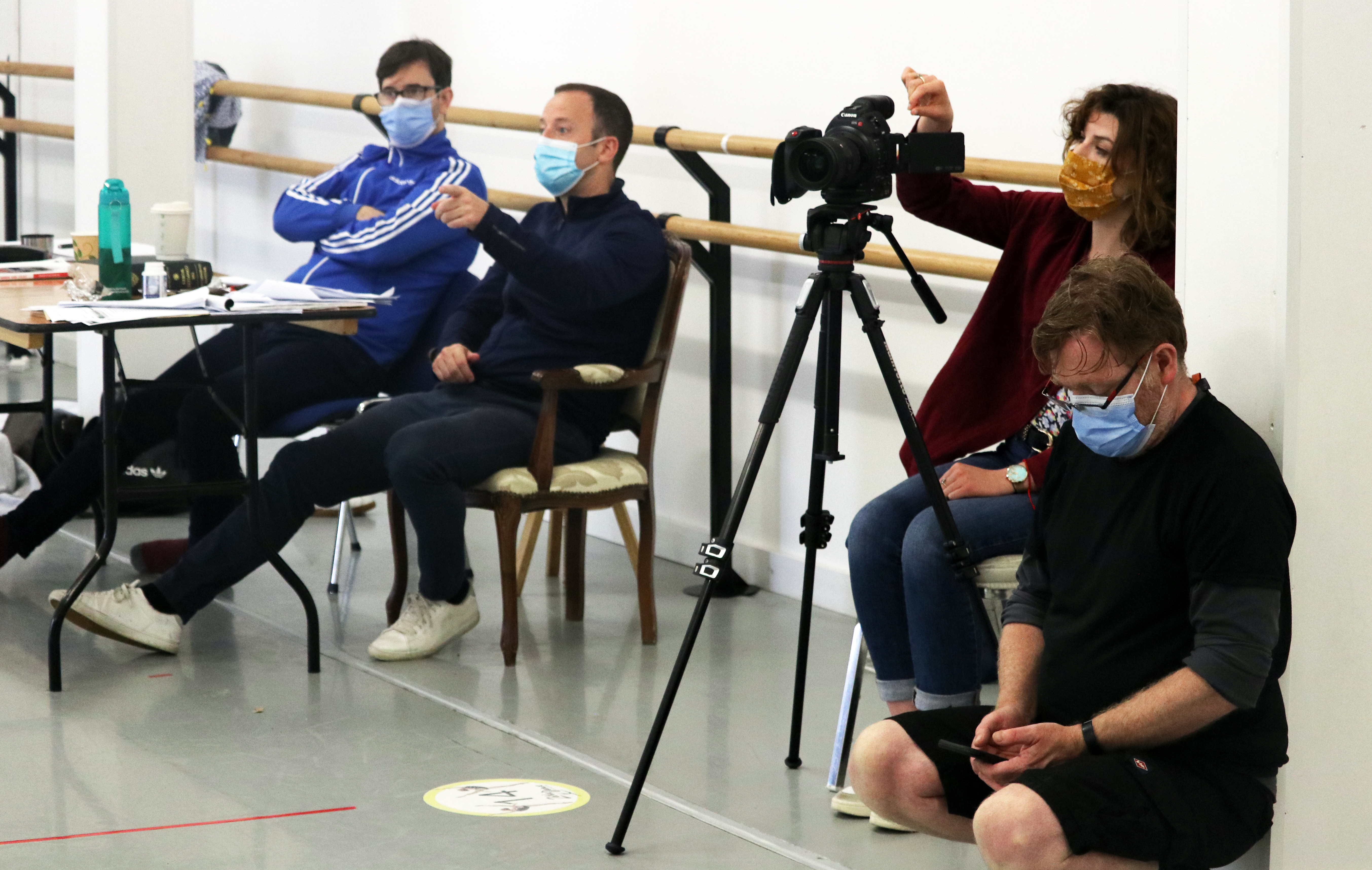 The actors taking part are: 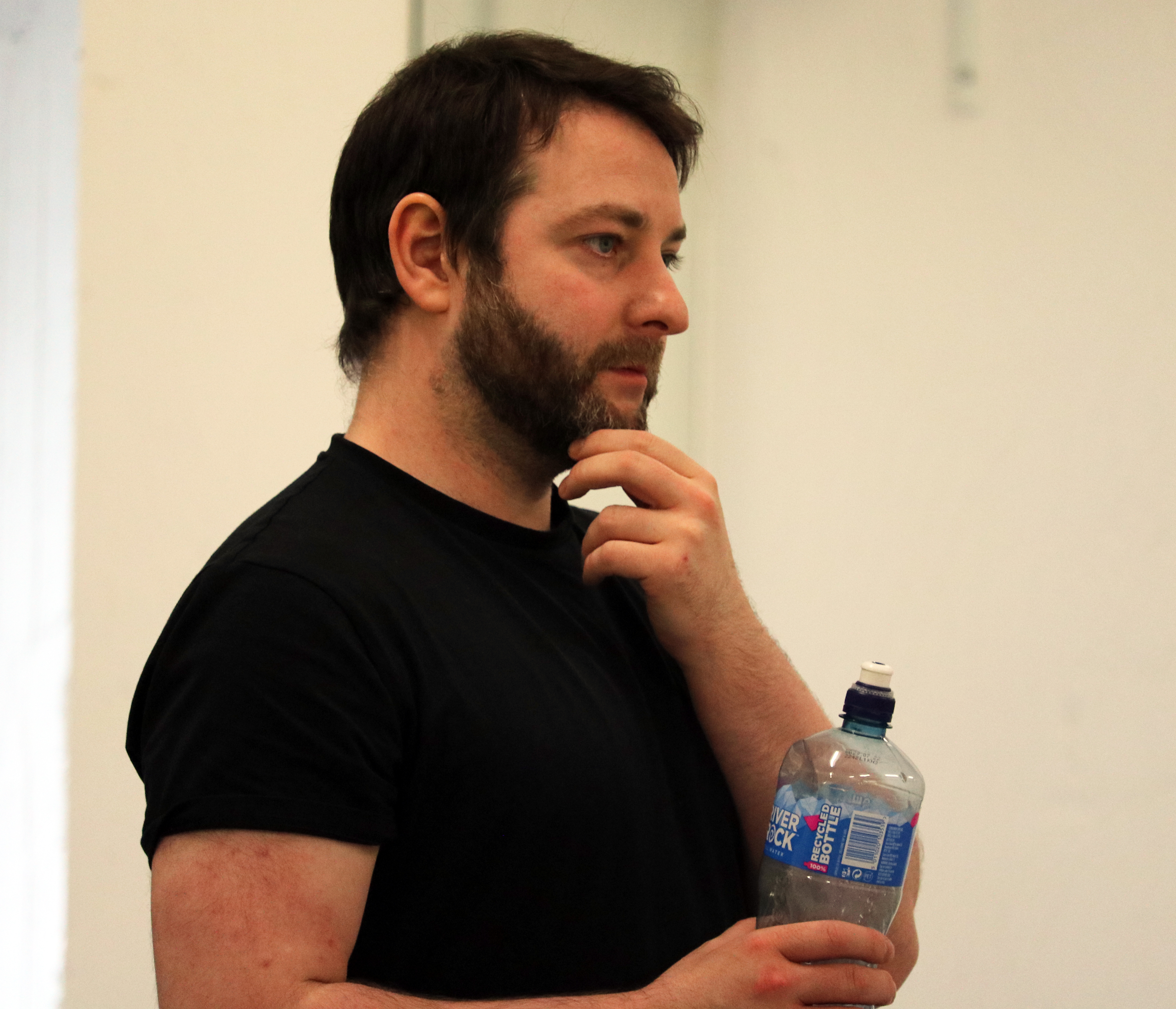 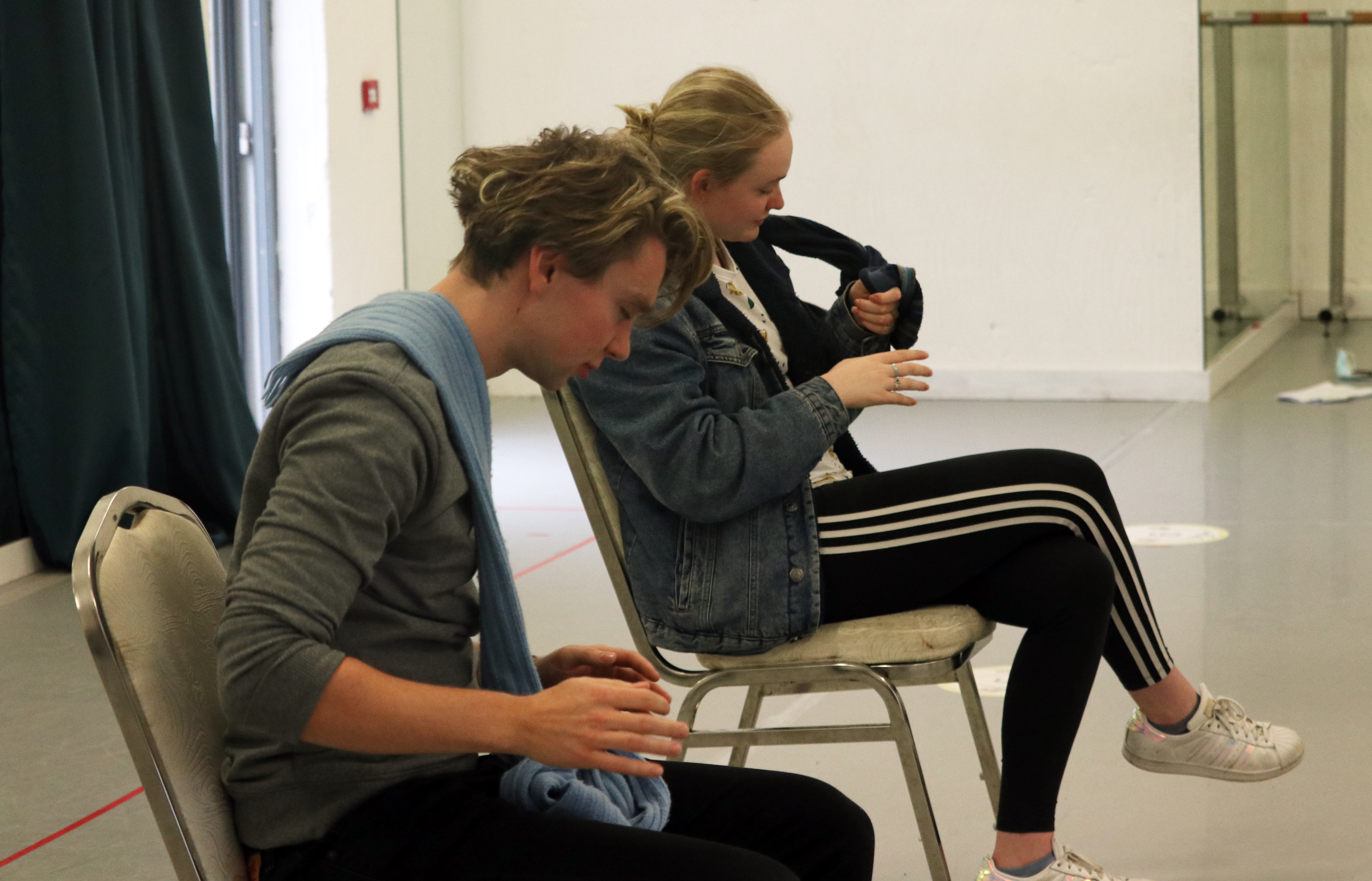 Patrick McBrearty – Macbeth,  and others
Megan Armitage – Lady Macbeth and others
Troy Devaney – Friar Laurence  and others
Aoife Lennon – Juliet and others
Diarmaid Doherty – Romeo and others
Read more

[box style=”red” closable=”un-closable”]We welcome members of the public to come and sign the book of condolence. We will pass this on to Brian’s family. If you would like to sign it it please call in to the theatre’s box office.[/box]

We are deeply saddened to hear of the death of Ireland’s greatest playwright and proud resident of Donegal, Brian Friel. Our heartfelt sympathies go out to his wife Anne and their children and extended family and friends.

We will feel Brian’s loss very deeply.  He was a great friend and patron of An Grianán Theatre.  We admired his work and made it part of our brief to celebrate his close association with the theatre over the years. We took a special pride in producing his many works.  Our first An Grianán production was his play Translations which was part of our opening season in 1999. Since then we have continued to produce many of his other plays over the years including major productions of Dancing at Lughnasa, Making History as part of the Flight of the Earls Commemorations and The Home Place to celebrate his 80th birthday. We have also had productions and readings of many of other plays including Faith Healer and Molly Sweeney, Aristocrats and The Freedom of the City as well as lesser known works such as Volunteers and The Gentle Island.

Cast and crew celebrate the opening night of Translations with its playwright Brian Friel (third from left). November 1999

We were delighted to have had the opportunity this summer with our other arts partners to initiate the first ever Brian Friel Festival, the Lughnasa International Friel Festival,  a unique festival based in both Donegal and Belfast celebrating his life and legacy.  We are so pleased that Brian was able to experience that and to know the high esteem in which we hold him.

Brian Friel with director of An Grianán Theatre, Patricia McBride, at the Donegal Person of the Year Awards in 2010.

We will treasure our memories of Brian and the generous support he gave the theatre and the happy nights he spent here in the company of the theatre staff and actors. He was an inspiration to us in our work and we are proud to have had his friendship. Thank you Brian for the beautiful legacy of work and for putting Donegal on the international stage. “Ar dheis Dé go raibh a anam.”

Paul Boyd was kind enough to share  this lovely story of a memorable encounter with Brian shortly after the theatre opened in 1999:

In 1999 I met Brian Friel at An Grianan Theatre. It was the theatre’s inaugural season, and “Translations” was the first in-house production (my “Alice The Musical” was to be its second a month or two later).

I sat next to Brian and his wife Anne at the opening night of “Translations” – we were all skulking at the very back row, in a kind of writers hide.

At one point, Brian stood up, and the brand new seat he was sitting on had such a hair-trigger tip-up that it just wasn’t there when he sat back down again. Anne and I had to discretely pick him up off the floor and much giggling ensued, which lead to our interval and post-show chats.

He was an incredibly gracious man and over the following years when we would be in the same venue at the same time (we shared many a season) he always made a point of saying hello and claimed to be aware of my most recent work; I have no idea if he did, or if he had just scanned the brochure minutes before, but either way it was always an honour and a pleasure to be in his company.

He was our greatest living playwright. Sitting next to him at a function felt akin to sitting next to Beckett or O’Casey – nothing less than an historic privilege.

He always looked exactly how you imagined he would, he spoke fondly of his beloved Donegal, which is possibly why he always looked so much at home at An Grianan, more so than at any other theatre at which I met him.

An Grianan (which has a soft spot in my own heart anyway) will always remind me of Friel. And I can still identify the offending seat in the back row that sent the “Irish Chekov” crashing to the floor that night in 1999. And as it happens, I’m very glad that it did.

Today both Ireland and the global theatre community lost a giant of a man.

The fax machine in @angrianan has gone quiet. Brian’s spirit is wandering the fields beyond Ballybeg.

(Portrait of Brian Friel ‘Renouncing Chance’ by Colin Davidson, 2010 used by kind permission of the artist for our Rediscovering Friel project for the Earagail Arts Festival, July 2011).

Your ticket for the: DramaCast: Rehearsals