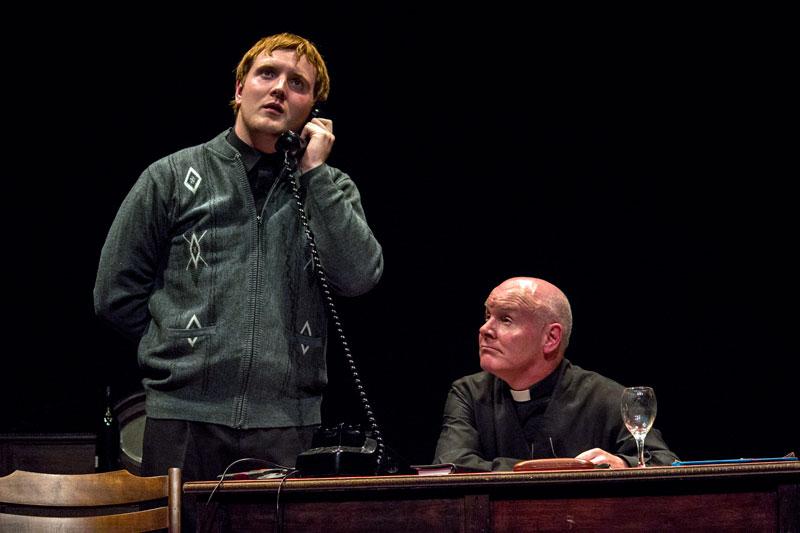 Father Tim Farley (Eoghan Mac Ghiolla Bhride) is highly popular with his parishioners due to his charm, wit, easy-going manner and entertaining but unchallenging sermons. One Sunday, seminarian Mark Dolson (John D Ruddy) interrupts Father Farley’s sermon to challenge his stance on the ordination of women. The pastor is both outraged and intrigued by the young man, and asks to have him assigned to work with him. Each man has something to teach the other about how to perform his priestly duties.