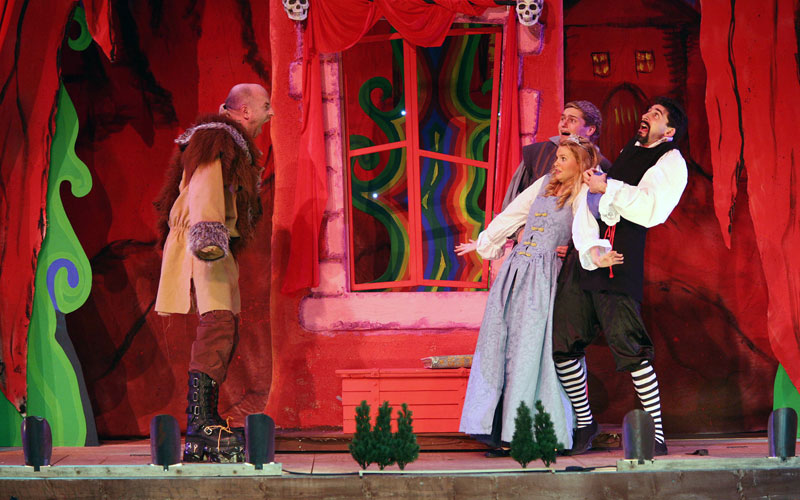 Featuring Jack the daydreaming adventurer and his exasperated Mammy, Rosa the put-upon servant girl, Scam Sharkey the con-artist and last but certainly not least Ogilvy the Giant!

An Grianán commissioned Little John Nee to write the show and you can expect a local flavour to this classic folktale as we meet ‘Jack of the Bluestacks’! Little John Nee is one of Donegal’s best loved writers and performers and is the author of transatlantic theatre hit The Derry Boat as well as the comedies Rural Electric and Limavady, My Heart’s Delight.

Your ticket for the: Jack and the Beanstalk, 2006