An Grianán’s stage moves to the St. Bernadette’s School! 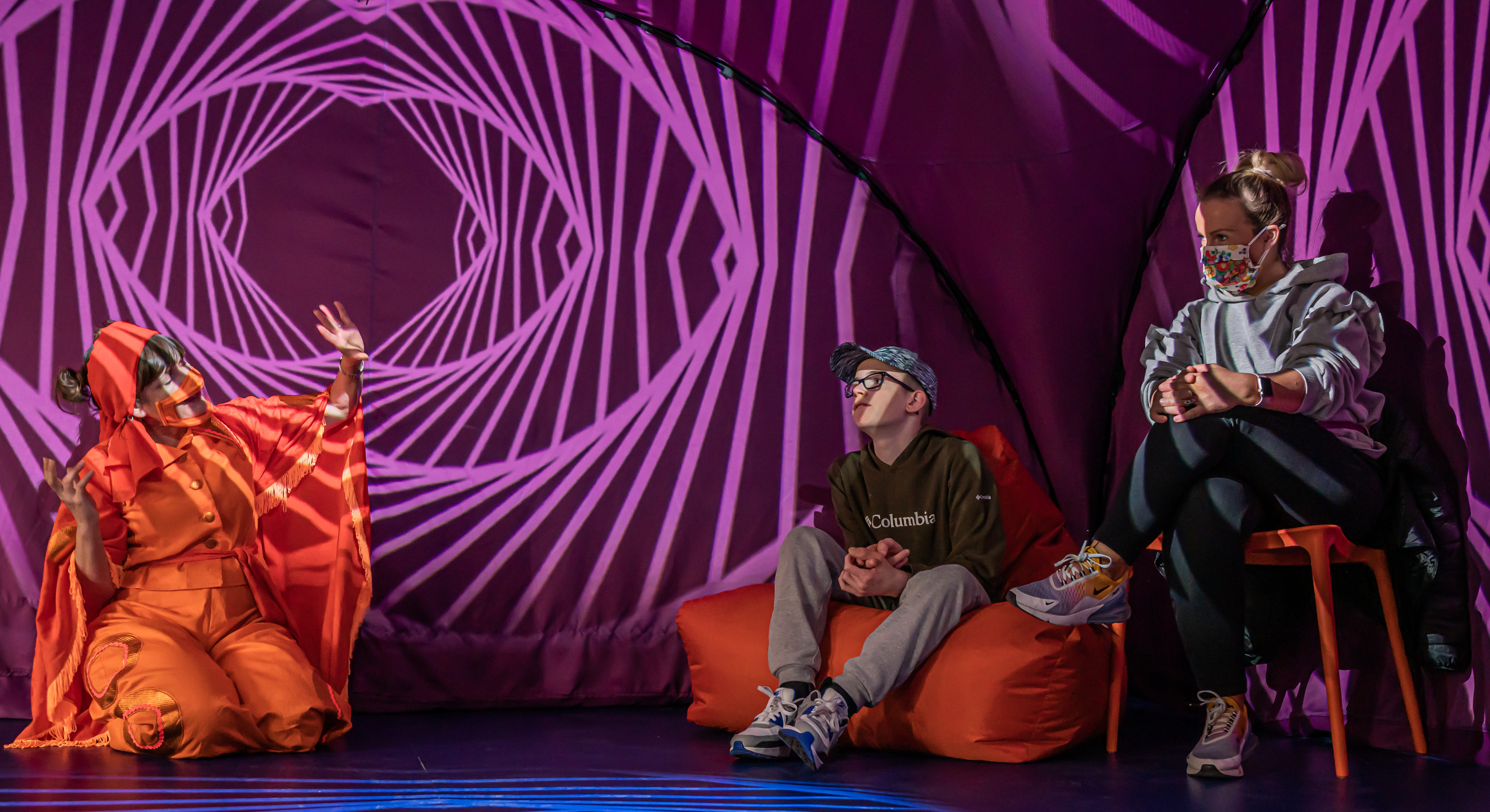 The stage of An Grianán Theatre moves to the St Bernadette’s School in Letterkenny next week. From Tuesday 25th May to Friday 28th, theatre maker Anna Newell will be in the school to perform her show Groove for the students at the school, organised and paid for by An Grianán Theatre. Anna has previously performed her shows I Am Baba and Baby’s First Christmas at An Grianán.

Groove is a chilled out 70’s inspired happening for audiences of children and young people with complex needs and is full of blissful harmony singing and soothing immersive video. Groove is specifically designed to be performed in school, for small audiences.

Anna’s work for children/young people with complex needs was the first of its kind in Ireland and she continues to create theatre adventures for this diverse audience that is immersive, sensory and above all responsive.  With the same number of audience members as performers, each show is constantly nuanced in response to its individual audience members, creating a situation where deep and joyful connection can be created with the audience.  Anna has been making professional theatre adventures since 1989 and her award-winning work has been seen on 6 continents and off-Broadway.

The show is being presented in partnership with The Network For Extraordinary Audiences, a new initiative that Anna is developing with 7 venues across Ireland – The Civic, Tallaght; Draiocht, Blanchardstown; The Mermaid, Bray; Riverbank Arts Centre, Newbridge; Roscommon Arts Centre; An Grianan Arts Centre, Letterkenny; Hawks Well Theatre, Sligo.  This Network has been funded by Arts Council of Ireland to create and advocate for high quality theatre work created specifically for babies, early years and children/young people with complex needs

“Theatre and drama can be so accessible for children with additional needs when done the right way. And this show epitomises how.”

Your ticket for the: An Grianán’s stage moves to the St. Bernadette’s School!

An Grianán’s stage moves to the St. Bernadette’s School!