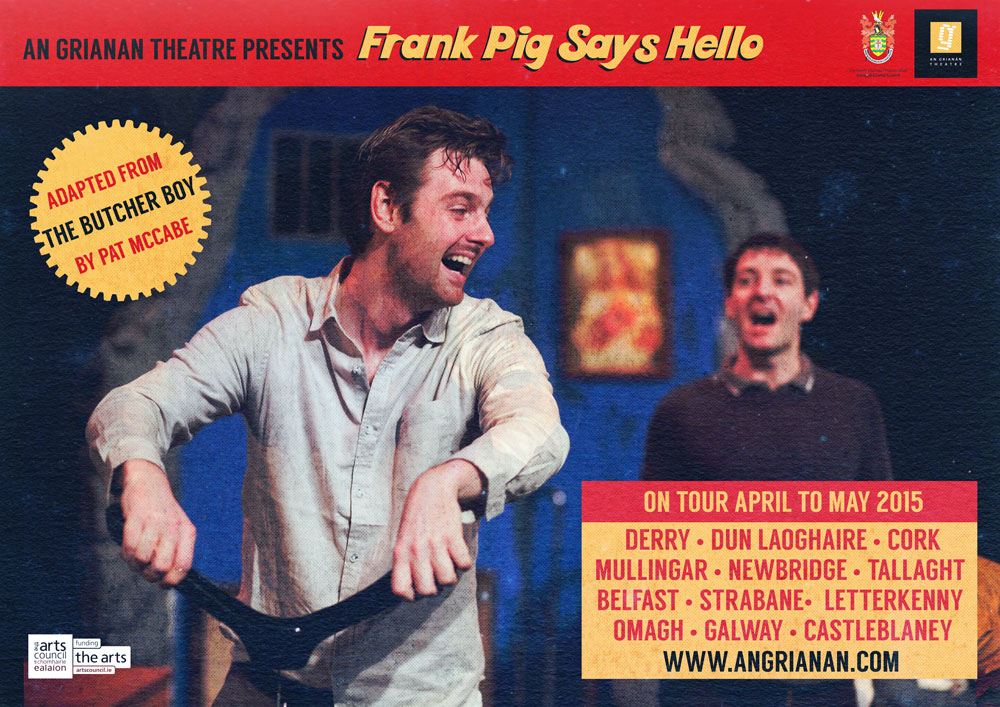 Produced by An Grianán Theatre

Frank Pig Says Hello is Pat McCabe’s stage version of his acclaimed novel The Butcher Boy. It is a poignant and provocative journey into the heart and mind of Francie Brady, a young man who is driven beyond the boundaries of his mental and emotional health.

A black comedy with an inventive fusion of storytelling and role play where over 30 characters are played by two versatile actors the production offers a highly theatrical experience.