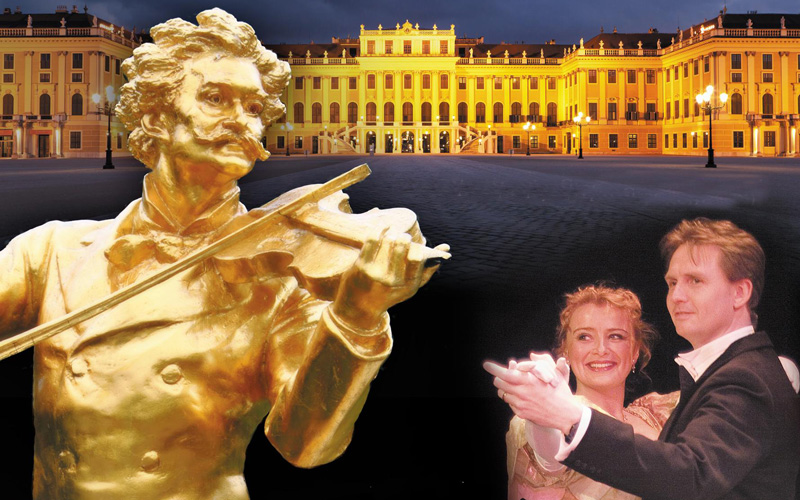 Now in its 15th year, and back in Ireland by popular demand, with a sparkling new anniversary production.

Theatre Productions bring you A Viennese Strauss Gala but now a new production of this ever popular Show. Recreating the romance of the Viennese Festive season, reminding you of a bygone age of glamorous soirees and Strauss waltzes. The Show features highlights from some of the great Operettas of the Strauss family, Kalman and Lehar; including Die Fledermaus, The Merry Widow and many more.

This wonderful production is cleverly staged and choreographed, and authentically costumed, and will appeal to the romantic as much as the music aficionado. It continues to be hugely popular all over the country.

The performers include soprano and actress Megan Llewellyn, a member of the Welsh National Opera. Megan’s other roles include Carlotta in the West End production of The Phantom of the Opera and Mother Abbess in The Sound of Music UK tour.

Your ticket for the: A Viennese Strauss Gala