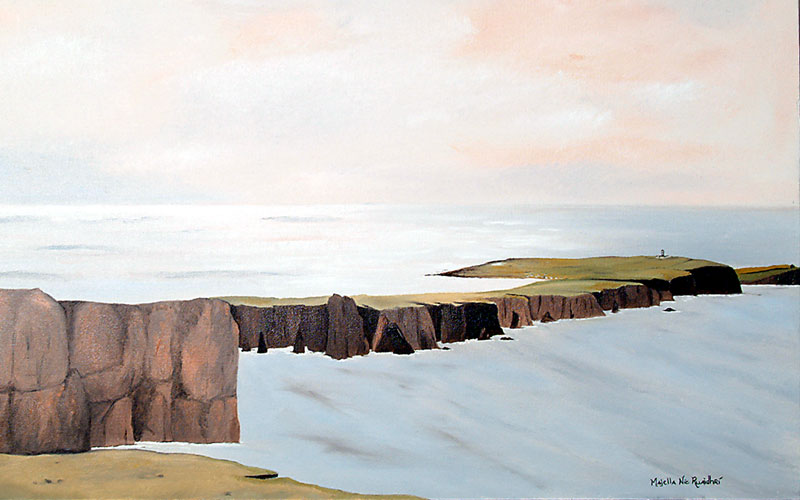 Tory Island holds a rich, rich store of culture, heritage and language. Often, when talking with members of the Island community, one is not sure is the conversation located in the contemporary or the ancient. Time on Tory is not necessarily linear, it weaves and leaps from day to century to week to year – perhaps a conducive ‘space’ then to make art.

The island has been associated with painting since the late 1950’s when Derek Hill famously gifted islander James Dixon some paints and so began a new island enterprise from which evolved the ‘Tory School of Painting’.

This island visual expression has become synonymous with ‘primitive’ painting and whilst this is true for most Tory Island painters it is not specific to all. Post James Dixon and after the sad passing of the King of Tory, An Rí Patsy Dan Rogers, last year, the painting endures as both contemporaries of Patsy Dan and newer island artists continue to make art upon a formidable ‘rock in the middle of the ocean’.

This exhibition demonstrates the breadth and range of painting from artists such as Anton Meenan, Micky John Rogers, Daniel Cullen, Noreen Meenan, Majella Cullen to name but a few.

Image: Detail from ‘Toraigh As An Tór Mór (Tory from An Tór Mór) by Majella Nic Ruaidhrí

Your ticket for the: Exhibition: Toraí Beo