NEW DATE 27th May: The Fureys 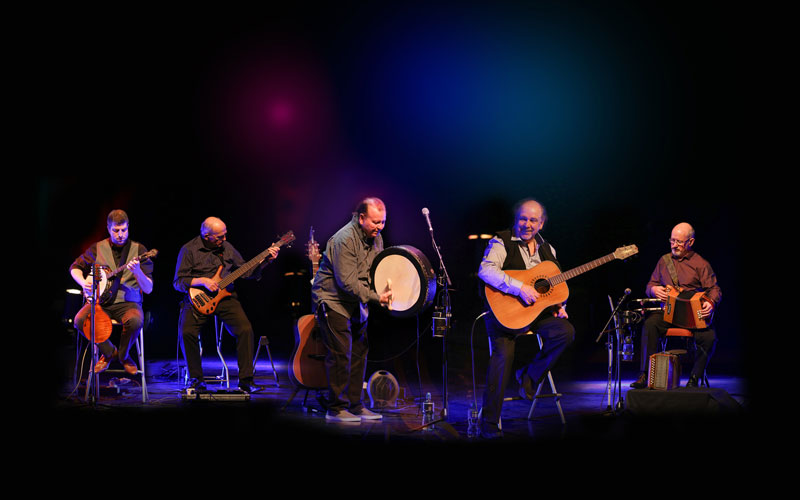 This show is currently being rescheduled.

Legends of Irish music & song The FUREYS, renowned for their hit songs ‘I will love you’, ‘When you were sweet 16’, ‘The Green fields of France’, ‘The old man’, ‘Red rose café’, ‘From Clare to here’, ‘Her father didn’t like me anyway’, ‘Leaving Nancy’, ‘Steal away’ etc return on Sunday 30th January.

The FUREYS have been entertaining audiences worldwide for 44 years, audiences that have included former Australian Prime Minister John Howard, Former Irish President Mary McAleese and the late Pope John Paul while Tony Blair has publicly stated his favourite peace song of all time is the FUREYS “Green Fields of France” and President Michael D Higgins attended their last concert in National Concert Hall.

The oldest of the brothers, Eddie Furey left home in 1966 and travelled to Scotland at the time of the great folk revival where he shared accommodation with then unknown folk singers Billy Connolly, Gerry Rafferty and Alex Campbell. In 1969 with his brother Finbar, he was the special guest for the Clancy Brothers and Tommy Makem throughout the USA and Canada. In 1971 he moved to mainland Europe where he toured for seven years. Dave Stewart from the Eurythmics has credited Eddie with teaching him his first chords on guitar when they met up in the North East of England while Dave was still a teenager.

Please note that under current Covid guidelines all adults attending shows must provide proof of vaccination. Unvaccinated under 18s must be accompanied by a vaccinated adult.
Covid Certs and Photo ID will be checked at the front door.
The use of face coverings is mandatory (under 12s exempt) in all areas of An Grianán Theatre and during the show.
Latecomers may not be admitted.
Please have your e-ticket downloaded to your device prior to arriving at the venue and ready on your phone for scanning. You can also present a printed copy instead if you prefer.
If you or any member of your party have had symptoms of COVID-19 in the 10 days prior to an event we would ask that you do not visit the venue and instead contact Box Office by phone or email.
NB: guidelines are subject to change at short notice.

Register for Event: NEW DATE 27th May: The Fureys

Your ticket for the: NEW DATE 27th May: The Fureys

NEW DATE 27th May: The Fureys