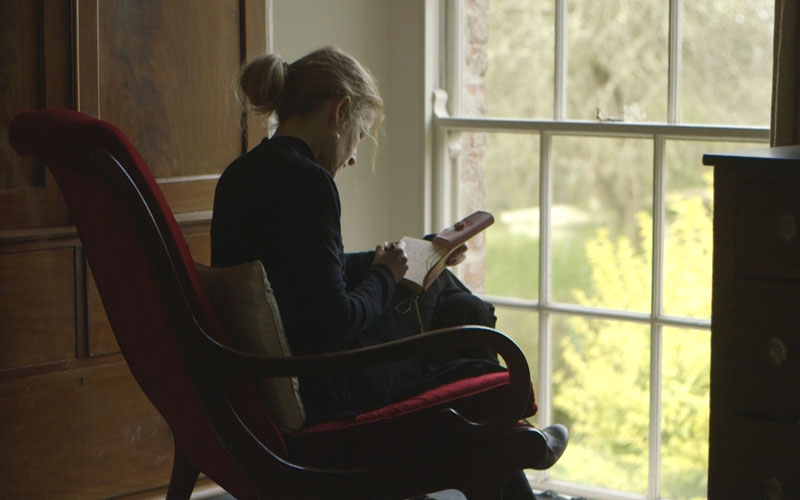 Proof of Vaccination against Covid 19 will be required to attend the performance.

The production of Sister Black has been assisted by Donegal County Council, An Grianán Theatre and The Arts Council.

In the drama, Catherine looks back on an extraordinary life, which took her from Donegal to the battlefields of Belgium and France to the court of King George V of England. Born in 1878, her family ran a draper’s shop in Ramelton but Catherine’s passion was for nursing and she moved to England as young woman, working in various hospitals before volunteering for military service, after the outbreak of the first World War. Maintaining a diary as she went, she published an account of her tumultous life in her autobiography, King’s Nurse, Beggar’s Nurse, in 1939.

While Sister Black was produced and streamed online by An Grianán Theatre in 2020, it wasn’t until October of this year that the play received its first live performance. That was at the Abbey Arts Centre, Ballyshannon as part of the Donegal Bay and Blue Stacks Festival. As such, bringing the play back to Ramelton for only its second performance with a live audience, promises to be extra special.

‘Catherine Black is coming to the end of a remarkable life. She has been exposed to the best and worst of humanity, and has always focused valiantly on forgetting the latter. At last she realises that the past doesn’t go away, and that the only way to forget is to remember.’

Margaret Hannon is a popular actor, theatre-maker and writer, who lives in Ramelton. A graduate of the DAMU Academy of The Performing Arts, Prague, she took a leading role in the Shaking The Tale project, An Grianán Theatre’s epic, promenade performance of Shakespeare’s A Winter’s Tale in the summer of 2019. She has performed in Ramelton’s famous pantomime and used much of her lockdown time to research and create Sister Black. She recently completed an Artists Residency at Donegal County Museum and Archives Service, where she created a performance in response to material in their collections relating to the War of Independence.

Your ticket for the: Sister Black (Venue: Makemie Hall, Ramelton)