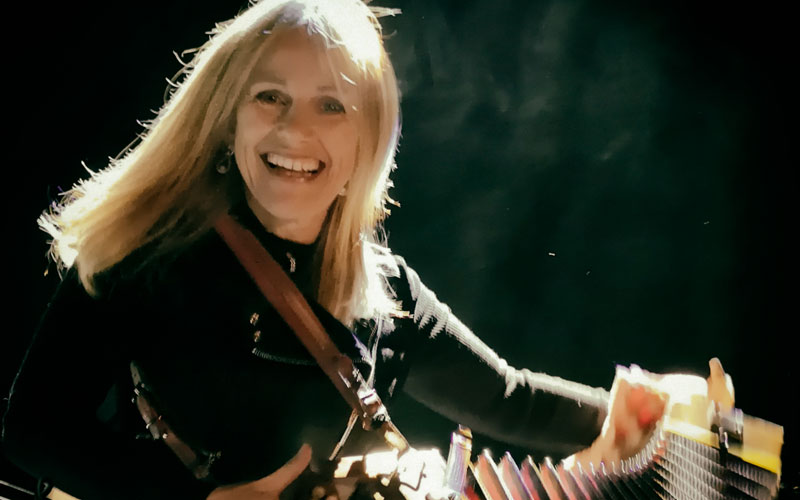 In June 1989 Sharon was rehearsing and demoing tracks for her first album, when she was whisked away to Glastonbury festival with The Waterboys.

In the 30 years that has elapsed since then, Sharon has recorded 10 studio albums; 5 Live albums , 4 Best of compilations and 3 live Concert DVDs.

She has received many awards including being the youngest ever recipient of the Meteor Lifetime Achievement Awards in 2009.

She has collaborated, recorded and toured with everyone from Willy Nelson,Bono,Johnny Depp, Shane Mc Gowan and John Prine to Nigel Kennedy and the RTE Concert Orchestra and had many hit records including The Galway Girl with Steve Earle, Its Christmastime Again with Wallis Bird and Go Tell the Devil with Imelda May.

Sharon’s Irish theatre tour in Jan/Feb 2020 will showcase music from her back catalogue beginning in 1989 right through to the present day. 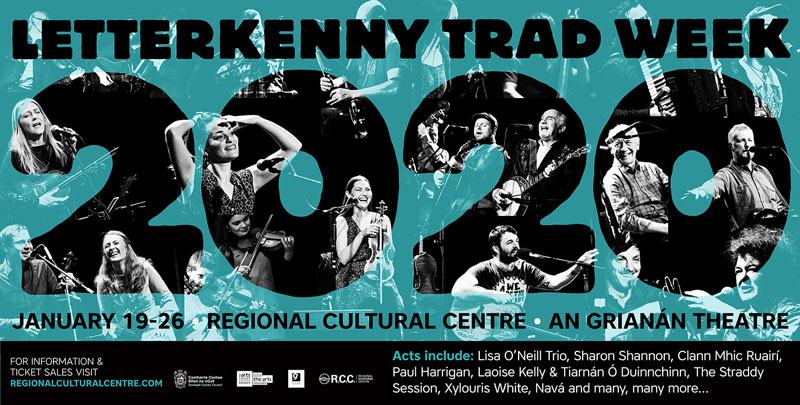 This event is part of Letterkenny Trad Week 2020 – find out more here.

Your ticket for the: Sharon Shannon