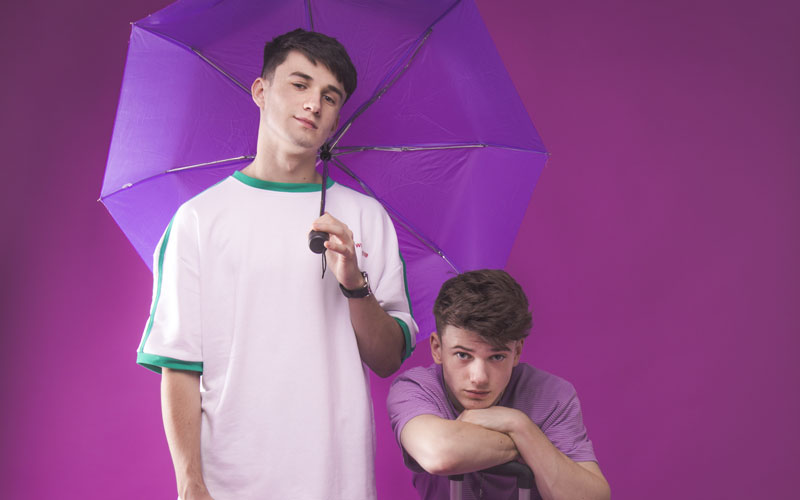 Sean and Conor Price fell in love with music and performance while busking on the streets of Dublin at the ages of 11 and 13. Since reaching the 2017 Quarter Finals of the X-Factor Live shows with Simon Cowell as their mentor, they have gone from strength to strength.

In 2018 Sean and Conor performed on the X-Factor Arena Tour which visited 14 cities across the UK. They also toured Ireland Headlining their own “Be Like You Tour”. They performed 11 shows including sold out nights at Dublin’s premier venue Vicar St and ended their year with a special performance at The Helix.

In October 2018 Sean and Conor released their first Mini Album called “Dreamer” which had an amazing launch at Golden Discs in Cork and Dublin. It entered the Official Irish Charts at No.8.

The inspirational new mini-album “Dreamer” features six original songs written by Sean & Conor, recorded at the legendary Windmill Lane Studios in Dublin. On making “Dreamer” the duo say: “These songs are about chasing our dreams and never giving up. We wanted to write fun, young songs. ‘Dreamer’ is about what it means to express yourself”.

The 2019 tour will show a different side to Sean and Conor Price with plenty of new music and an exciting stage show.

A Sean & Conor Price VIP Experience includes:
1. Meet & Greet
2. Photo Opportunity
3. Exclusive Merchandise
VIP Tickets are limited for 4 per customer.
Please note, the VIP/Meet & Greet will take place prior to the performance at 5.30pm only.

Your ticket for the: Sean and Conor Price