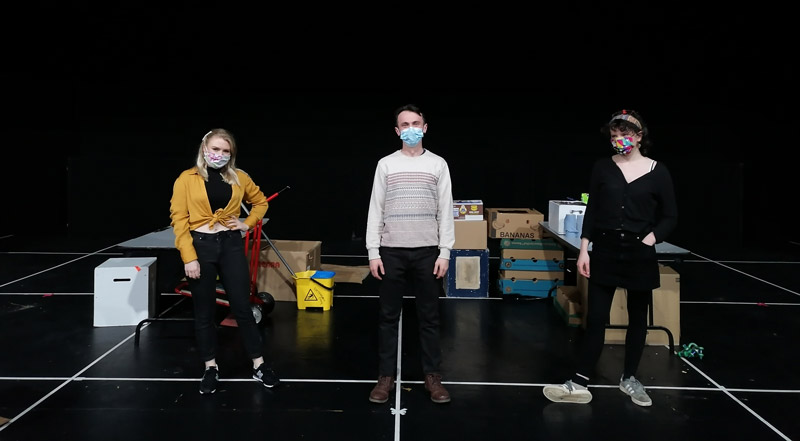 Watch for free online. Available on demand from 14 June 6pm.

A short documentary which takes a look at the making of Revved, a new play by local writer and actor Patrick Quinn.

Revved is set around the Donegal International Rally and looks at themes such as belonging, loneliness, obsession, and cars. In the documentary we’ll take a look at the process of bringing a play from script to stage as Patrick works with director Emily Foran and stage manager Jude Barriscale.

As a child Patrick, who is from Newmills in Letterkenny, was an active participant in our junior drama classes and An Grianán Youth Theatre. Now a drama graduate of Queen’s University, and currently studying for his MA at the Royal Welsh College of Music & Drama, Patrick has also appeared in a number of productions at An Grianán most recently in our outdoor production of The Winter’s Tale. Revved is his first play.

Your ticket for the: Free: Revved WIP (Online)