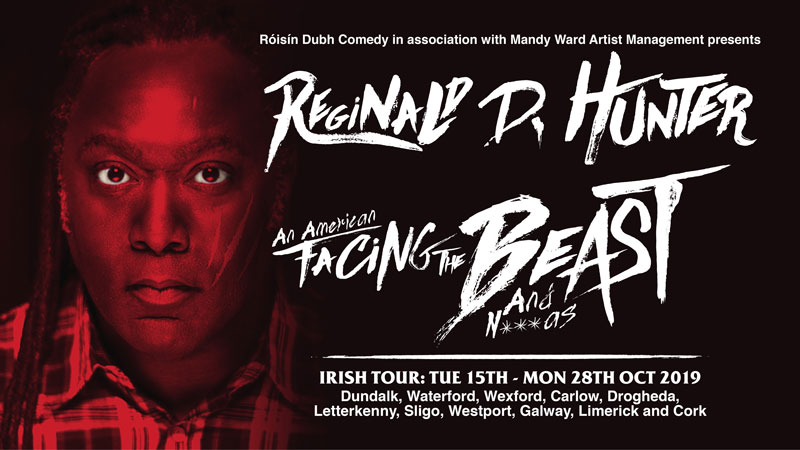 Reginald D Hunter returns to Ireland in 2019 with his highly anticipated brand new show. After twenty years of gifted storytelling and effortless dark humour, Facing the Beast showcases Reginald at his controversial and hilarious best.

Reginald’s searingly honest material has garnered him a popular fan base that spans the generations. He is one of the few performers to have been nominated for the highly coveted main Perrier Award in three consecutive years. His appearances on television have included Have I Got News For You, 8 Out Of 10 Cats Does Countdown and the hugely popular BBC2 series Reginald D Hunter’s Songs Of The South and its equally successful follow up Reginald D Hunter’s Songs Of The Border, both of which documented the growth of American popular song.

Your ticket for the: Reginald D Hunter – Facing the Beast