The Lost Brothers with support from Conor Mason 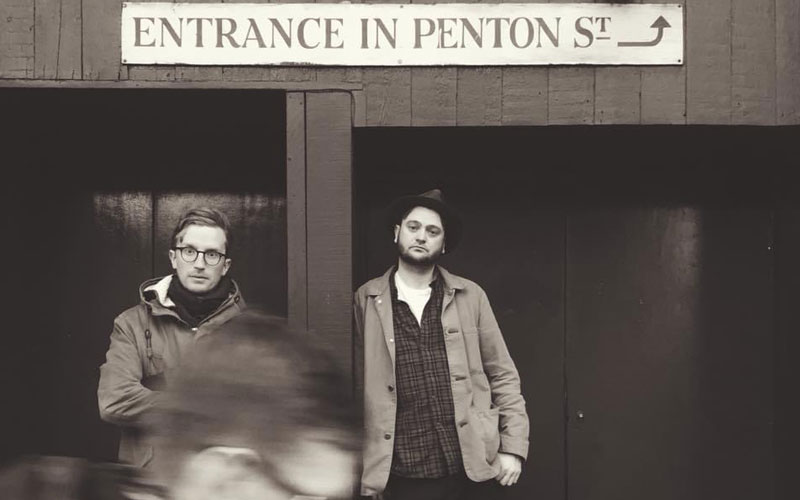 NB: This event has been rescheduled to Thursday 11 November 2021.

This is the new date for the Lost Brothers show which was postponed from 28 March. All Tickets for the earlier date are still valid.

The Lost Brothers have announced new re-scheduled tour dates for later in 2021 which include a Vicar Street show December 2nd and a Union Chapel London show November 26th.

The band’s album After The Fire After The Rain was released just before the pandemic hit and the tour dates were disrupted. The album garnered positive press from The Guardian and Uncut as well as making the end of year lists in The Irish Times, Mojo and Hot Press. The record was also shortlisted for The Northern Ireland Music Prize.

Oisin Leech and Mark McCausland, from Meath and Tyrone, have been brewing their own blend of gothic alt-folk since 2007. Their sound is inspired by a range of influences that include the poetry of Patrick Kavanagh, the singing of Billie Holliday and the novels of John Fante. Over their career they’ve collaborated with the likes of Brendan Benson and Bill Ryder-Jones. The Guardian described their most recent album, ‘After The Fire After The Rain’, as ‘sublime’ while The Irish Times stated that ‘the beauty of their instinctive harmonies are filled with a gossamer luminescence that reveal a duo with one voice.’ The release was their sixth album to date and was co-produced by Tony Garnier (Bob Dylan’s long-time bassist) and studio wizard Daniel Schlett (Steve Gunn, Will Oldham). The album features guest appearances from M Ward, Jolie Holland, Steve Wickham and Howe Gelb. Mojo Magazine, The Irish Times and Hot Press included the release in their ‘Albums Of The Year’. The album was also shortlisted for the Northern Ireland Music Prize 2020 and received significant airplay from BBC6 Music. That same year the band sold-out their first ever headline Vicar St. gig which has been postponed until December 2021.

“As smooth as aged old whiskey. Best of the year” 4/5 Stars- The Irish Times
“Spellbinding “ NME
“The dovetailing of the two voices make this so very special.” The Guardian
“Simon and Garfunkel reborn in the desert.” Uncut Magazine
“Making huge spaces very intimate indeed. Superb.” Huffington Post
“The Lost Brothers harmonies are to die for, as near as a duo have got to the mastery of The Everlys and The Louvin Brothers’ tender close harmony singing that I’ve heard anywhere near these shores.”
– Richard Hawley
The Lost Brothers have a sound, harmony and spirit that if there is any justice will outlive us all.“ M Ward

Register for Event: The Lost Brothers with support from Conor Mason

Your ticket for the: The Lost Brothers with support from Conor Mason

The Lost Brothers with support from Conor Mason