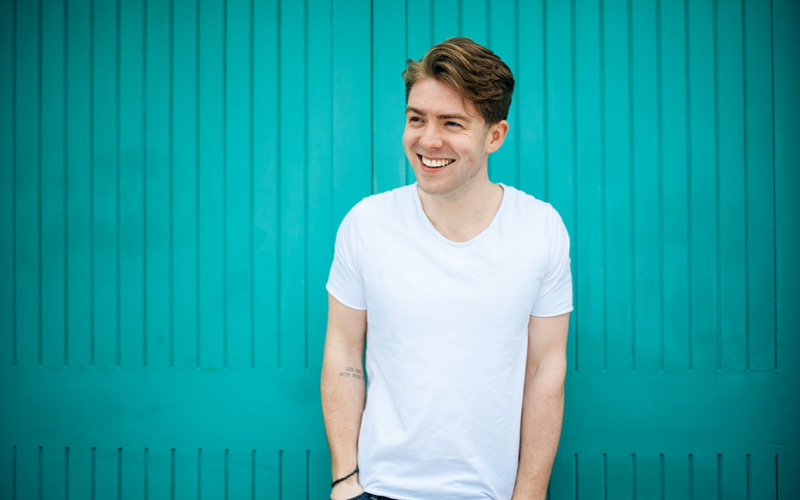 Donegal songwriter / multi-instrumentalist / vocalist Little Hours released his brand new single ‘Dream, Girl’ on Friday 12th July ahead of the release of ‘Now The Lights Have Changed’, his new album which will be released on vinyl, CD and digital platforms on Friday 20th September.

To coincide with the album release, Little Hours aka John Doherty, will be touring Ireland with his live band playing old and new songs.

Lead-off single ‘Dream, Girl’ was recorded and produced by Tommy McLaughlin, best known for his work with Villagers and SOAK, at Attica Studios in Donegal. ‘Dream’ Girl’ has been mixed by Ash Howes, fresh from his mix work on Jack Savoretti’s UK number one album.

In 2014 Little Hours released the debut ‘Little Hours’ Ep which featured the Choice Music Prize nominated song of the year ‘It’s Still Love’.  The song picked up significant Irish radio airplay and propelled Little Hours to sold out shows across the country as well as appearances at Electric Picnic and supports with James Bay, Tom Baxter and Hudson Taylor.

Further singles ‘Water’, ‘How Could I Love You’ and ‘Heavy On You’ all enjoyed prominent airplay on Irish radio and lead to sold out shows across Ireland.  Fresh from opening for label-mates Hudson Taylor on their sold out European tour Little Hours have continued to release a steady stream of music over the summer months with a series of gorgeous pared back acoustic versions of fan favourite tracks.

Your ticket for the: Little Hours Album Launch