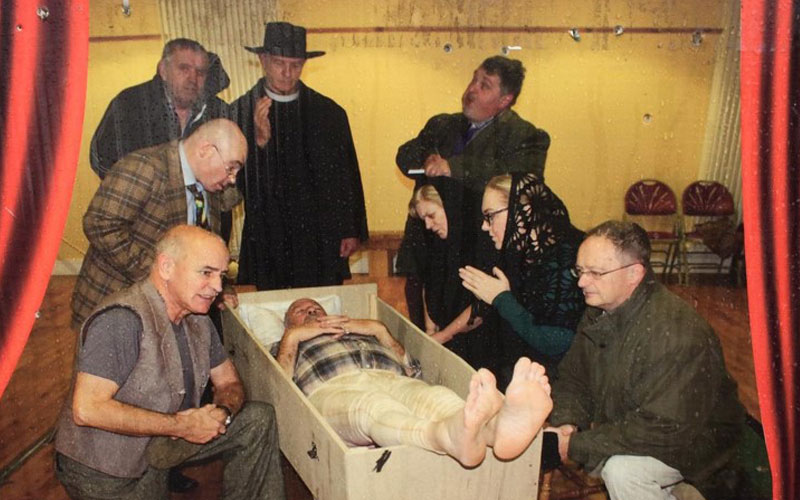 The captivating and imaginative comedy based on island life, its personalities and circumstances

As a child, Fergus Cleary paid many visits to the island off the west coast of Ireland where his mother was born and reared. Without electricity (until 1999!) the island was a unique place. Islanders made their own entertainment with the art of song and storytelling a treasured skill.

In Fergus’ play The Island Wake, he recalls an island paradise with beaches on both Northern and Southern sides, free from traffic and such dangers. When a visiting (and free spending) tourist expresses a desire to experience a traditional Irish wake the Islanders are only too happy to oblige. There’s just one catch – no one has died so they’re short a corpse!

The end result is a unique comedy at once funny, entertaining and nostalgic that will stay with you long after the final curtain.

A sellout on its previous visit to An Grianán last year.

Your ticket for the: Fergus Cleary’s The Island Wake