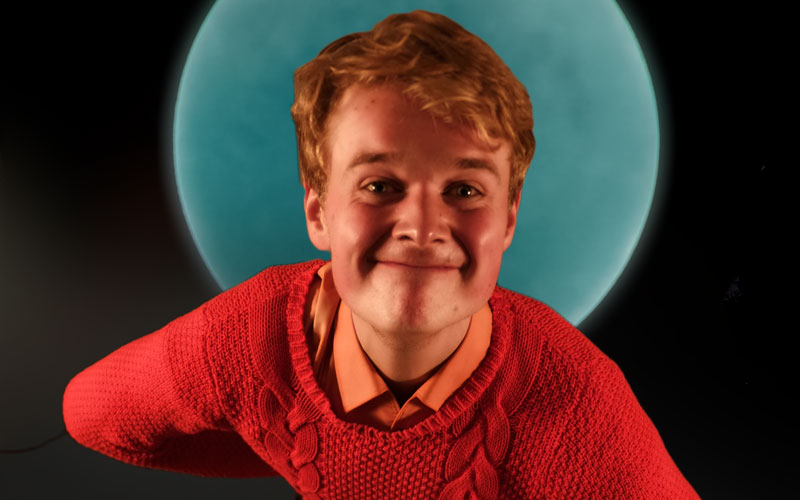 NB: not suitable for under 13s

Desperately funny and yet deeply tragic, FRANK PIG SAYS HELLO is one of the great classics of modern Irish theatre. It tells the story of Francie Brady growing up in a small Irish town in the 1960s and his descent towards a brutal act that shocks his community.

Described as “one of the saddest and funniest tales I have seen”The Irish Times; “a masterpiece” The Evening Herald and “an extraordinary piece of theatre” The Sunday Independent, the original production coincided with McCabe’s Booker-winning novel of the same story entitled “The Butcher Boy”. The play distils Francie’s infamous narrative into a riveting evening of pure, concentrated theatre.

Featuring mesmerising performances by two actors, Darragh Byrne and John D Ruddy, Frank Pig is regarded as one of the most vivid, hilarious and heartbreaking evocations ever seen on a stage of an Irish childhood and adolescence gone wrong. From the opening live trumpet notes over an image of a happy, comical boy acting the piglet, to the breathtaking depiction of a dark deed, this is theatre at its most entertaining and gripping best.

Your ticket for the: Frank Pig Says Hello