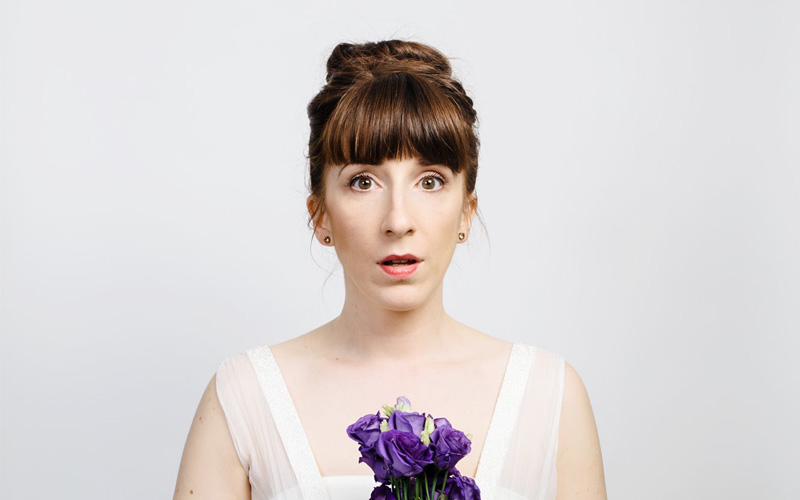 Appropriate is a darkly comic tale of Sorcha; queen bee of her small West of Ireland town and proud fiancé of ex-county hurling hero Marty. She LOVES weddings and has been dreaming of her big day since forever and ever…However she has just fled her own reception. Has she gone mad? Or is this the first moment of clarity she has had in years? Perched on the edge of her ‘perfectly planned’ life, Sorcha is pure ragin’ at the dawning reality that she has never really listened to herself. Can she ever go back?

Appropriate is about tradition V modern life, our insatiable appetite for matrimony in Ireland; the glamour, trials and tribulations of being a GAA ‘widow’, and also celebrates the hilarious peculiarities of small town Irish life.

Developed as part of the Show in a Bag initiative with Fishamble, Dublin Fringe and Irish Theatre Institute, Appropriate won the Summerhall Lustrum Award at the Edinburgh Fringe and the Spirit of the Festival Award at The Origin First Irish Festival in New York City.

After touring Appropriate to Edinburgh and New York, as well as runs in the Dublin Fringe, Bewley’s Lunchtime Theatre, Blackwater Fit Up Festival and The Viking Theatre, Appropriate will be back in Spring 2021 for some exciting Irish dates.

Written and performed by Sarah-Jane Scott

Your ticket for the: Appropriate