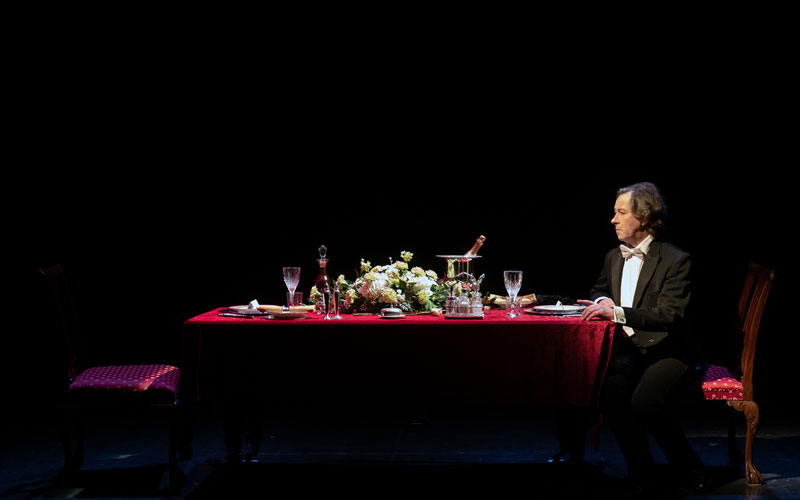 From a young age, acclaimed actor and playwright Myles Breen has been Oscar Wilde’s biggest fan.

In his new solo performance Myles celebrates the poet, playwright and novelist – recounting the affect Wilde has had on his own work, and indeed his life.

Beginning with studying ‘The Importance of Being Earnest’ for the Leaving Cert and exploring his many other works, Myles delves into Oscar’s incredible life story – one that has been a constant source of inspiration and obsession.

Wilde was an artist whose unique imagination and ideas on life, love and art are as modern today as when they were first written, and whose rapid rise to fame and scandalous down fall is still an example of how a society can turn on those who do not conform; a man of his time, but also of all time.

Reuniting with director Liam O’Brien (Language UnBecoming A Lady / The Bachelor of Kilkish), the international award winning Limerick based company presents this their 15th production as part of a 5-week nationwide tour.

Originally funded by their sell out 10th anniversary fundraiser ‘Bottom’s Up’ in 2018, Bottom Dog are delighted to return with yet another story they are passionate about bringing to audiences in Letterkenny.

Featuring excerpts from Wilde’s writings alongside Breen’s trademark wit and performed with his usual flair, A Wilde Fan is a personal and theatrical take on one of history’s greatest artists, by his biggest fan.

“Be yourself; everyone else is already taken!”

Register for Event: A Wilde Fan

Your ticket for the: A Wilde Fan