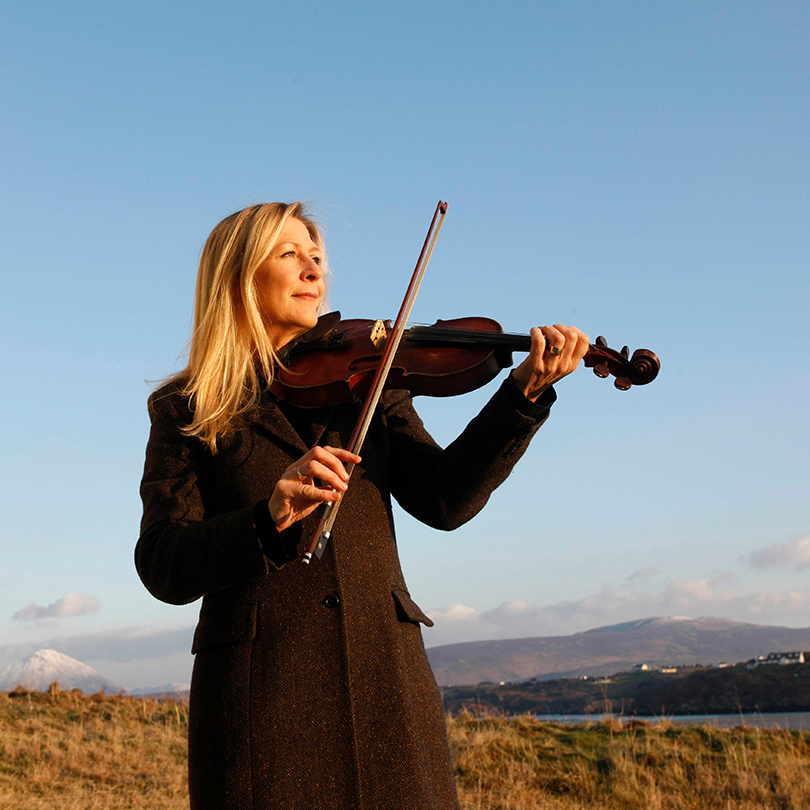 The recent An Grianán Theatre show for Letterkenny Trad Week, Mairead Ní Mhaonaigh agus a chairde, which was streamed online, raised €3000 for charity, €1500 of which went to The Donegal Hospice and €1500 to Donegal Cancer Flights and Services.

‘When we were organising the show Mairead said she’d like some of the income to go to these charities and we were very happy to be able to facilitate that’, said Patricia McBride, Director of An Grianán Theatre. The shows raised just under €3000, so we rounded it up and shared it among the two charities which Mairead had identified’

All the musicians for the show were paid by An Grianán, and the production was organised by The Regional Cultural Centre, An Grianán’s partner in Letterkenny Trad Week. Indeed so impressive was the quality of the production that TG4 are interested in taking the show for broadcast during their St Patrick’s week celebrations this March.

The online demand for the show demonstrated the global reach of Mairead and Altan, and how they have gained an appreciative audience all across the globe for this music which originated in Donegal. The show was watched by over 1500 people, with bookings from many different countries such as Japan, Australia, Germany and America.

In the show Mairéad Ní Mhaonaigh was joined by special guests including Manus Lunny, members of Altan, and the Harrigan and McGrory families.

An important part of the show was Mairead’s new composition, commissioned by An Grianán, ‘Ré an t-Solais’….’The Era of Light’, inspired by the hope of a new era after the intensity of the pandemic lockdown of 2020. This new music can be purchased at Mairead’s bandcamp page.

Letterkenny Trad Week is a collaboration between An Grianán Theatre and the Regional Cultural Centre, Letterkenny and is now in its 7th year. Both organisations receive annual funding from Donegal County Council and The Arts Council.

Your ticket for the: Mairead Ní Mhaonaigh agus a chairde show raised €3000 for charities.