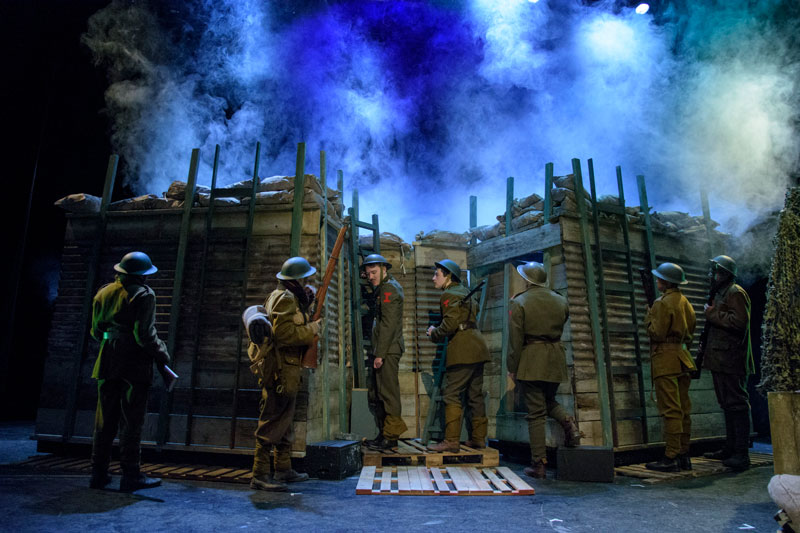 Presented by An Grianán Theatre in association with Earagail Arts Festival

It’s 1917. Captain Edmund Blackadder finds himself deep in the trenches of World War 1 at the mercy of the patently insane General Melchett. Determined to avoid being sent ‘over the top’ to certain death, he devises a number of outlandish schemes to try and escape the frontlines, all with the less than able assistance of his colleagues – the overly enthusiastic Lieutenant George and the doggedly stupid Private Baldrick. Meanwhile his main obstacle for escape remains Captain Darling, who is equally determined that Blackadder be present for the big push.

Side splittingly funny, Blackadder Goes Forth brilliantly blends light comedy with gallows humour while delivering a poignant message on the futility of war.

Adapted for the stage by Fergal Lonergan and based on the original TV series by Richard Curtis and Ben Elton. Directed by John D Ruddy. By kind permission of Tiger Aspect Productions. Supported by Donegal County Council.

Your ticket for the: Blackadder Goes Forth, 2017